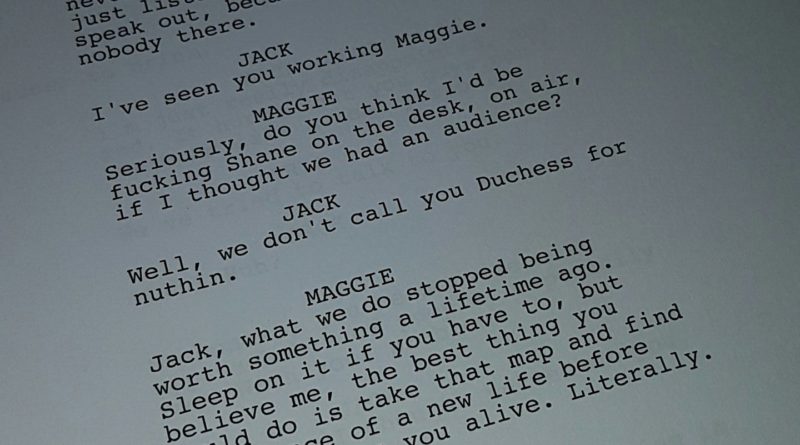 Possibly the favourite story I ever laid down.

Aftermath 105: the tale of Jack Jones, a tired DJ in a team of unusual characters running a radio station in a post apocalyptic world. Together they spend their days reaching out to the Wasteland, hoping to contact other survivors, hoping for signs of life.

While pop culture influences like the Fallout games, Mad Max, Damnation Alley and The Omega Man obviously add to the world building. The story is very much mine, the players are mine and so is the crosscut final act. The screenplay was completed in 2013 and did get positive feedback on the Blacklist website, some readers liked to pick on the use of words like torch vs flashlight. Some like to comment the middle had issues, but when you see the bigger picture there are reasons. Either way, I was in my early forties then, now I’m in my fifties it’s water off a ducks back.

The full screenplay is here for you to enjoy, or not.

Don’t worry it is naturally copyrighted and was registered with the WGA.

If you’re intrigued, have a read and feel free to let me know what you think on Twitter (@korucottage) I have thick skin.

I still believe the story has legs and would be cheap to make in Australia. Especially with someone like Paul Hogan or Bryan Brown in the lead, and Temeura Morrison for Shane.

Netflix anybody, even homegrown Aussie streamer Stan? Wouldn’t that be a thing.