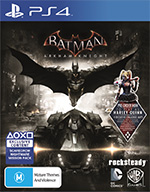 Batman, perfect for video-games, a cultural icon and undoubtedly the fastest thoroughbred in the DC stable. Developers Rocksteady have had a solid run with their Batman franchise, spanning generations of console the games have gone from strength to strength. With this being touted as their last Batman game they have pulled out the stops to deliver the spectacular along with the darkness.

A lot of fans have been hanging out for this particular Bats adventure, I wonder if it’s turned out Keaton or Clooney?

Arkham Knight does deliver exactly what it says on the tin, an open world adventure in a huge chunk of Gotham. Plenty of familiar adversaries and gadgets galore. The game is a visual feast and along with the open spaces Batman has a gigantic vertical playground to swing around. Traversing the city is smooth and effortless as the Bat-grapple is always ready to grab onto something with a quick press of a shoulder button. Swooping around the tall places, gliding from building to building and being moody on rooftops is always good fun. 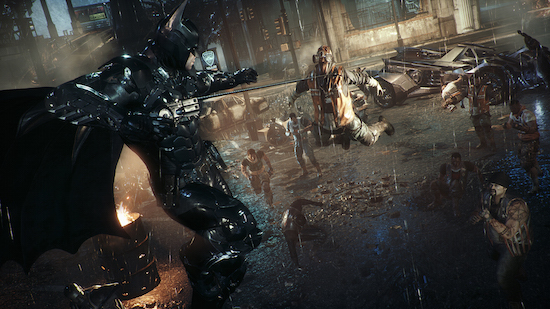 Dive-bomb from the heights and Bats is at street level, the story calls for an evacuation so the population consists entirely of goons. Cue the return of free-flow combat. carefully timed counters and grapples ensue, along with well placed button mashes to land attacks. The combat can be quickly upgraded with a broad skill tree, the currency for which are Wayne Points and these are collected by following challenges. Skill upgrades add finishes and extra moves, these are all very Batman, but can be quickly forgotten in the chaos. 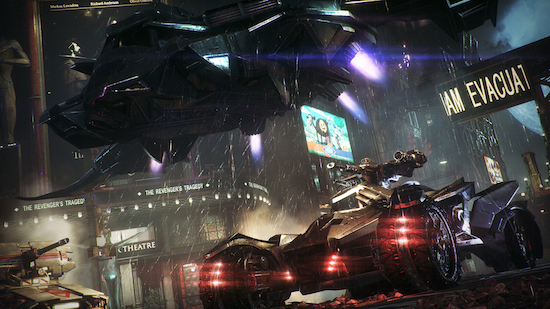 Also, being next to a road gives Batman access to the Batmobile, a press of the left shoulder button and the vehicle remotely glides in and scoops you up, even when falling from a height. It’s a nice touch that is often a visual treat. Speaking of the Batmobile, it’s a tank. take the Bale Tumbler and add steroids for a mental picture. It has the classic speed and manouverability and a host of offensive options which are accessed by slipping it into a multi-directional setting. The vehicle handles nice and heavy, but the twisting city streets are often more than a match for its afterburners.

The Batmobile also receives upgrades and these are dramatically dropped off by the also impressive Batwing as it glides in adds another gadget to the dripping car. My favourite option with the Batmobile is the remote control option, leave Batman somewhere safe or precarious, while you can drive the vehicle around taking out bad guys and winching puzzle related objects around. 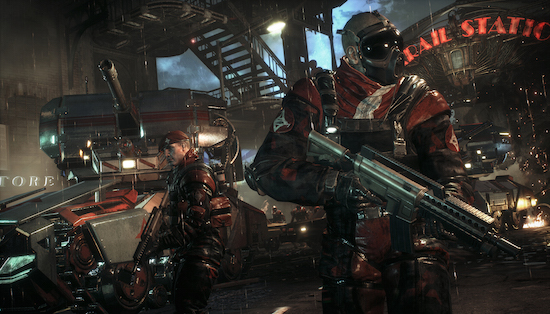 As the story unfolds and the mysterious antagonist Arkham Knight is revealed things generally go from bad to worse, Bats is up against it and has to work through a host of familiar faces before the end. Not forgetting the array of story related DLC that is hot on the game’s heels, which also drags more content up.

So, there’s lots of ground to cover. A big story, a huge open world playground and more challenges or collectibles you can throw a Batarang at. However, there might be too much, too many distractions taking your eye off the game. On one hand it wants to be a dark mystery full of action, on the other it wants to be a buffet of collectibles. Graphically the city is the star, the characters often seem lacking in the writing and finishing. Jim Gordon in particular would seem to be be hugely miscast if this was a Hollywood blockbuster.

There is plenty to like in Arkham Knight, the game is a visual feast and the production values are way up there, but as much as I like it. Something is stopping me from loving it. There is a jaded feeling I get when I return to Gotham, Batman often feels clumsy and while that is absolutely more of my fault than the controls I mostly don’t enjoy it. As for the progressional unlocking of gadgets and skills, hardly ‘being the Batman’ is it? Bruce Wayne would have everything on tap from the first moment you step off a building. 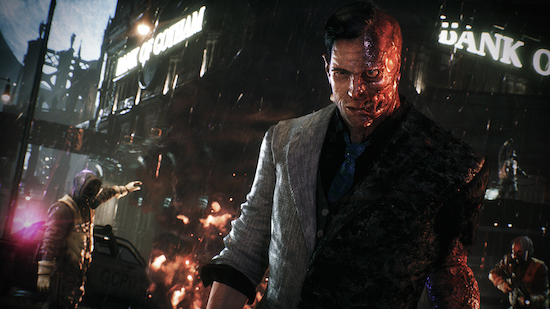 While I have every admiration for the games Rocksteady have turned out over the years, they just never seem to click fully with me, whatever opportunity I have for finesse quickly escalates into chaos and I soon find myself looking elsewhere without finishing the story. So, at the end of a long Dark Knight I’m sorry to say the packaging is spectacular, but deep down I don’t like it. then of course Christian Bale would obviously say to me: “YOU DON’T HAVE TO!”.