Moments of madness coupled with explosive grace, Battlefield is a sandbox for everybody that ever ran around being soldiers in the playground and never wanted to stop. 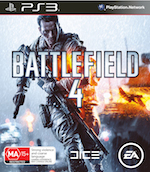 Slipping Battlefield 4 into the drive is as natural as diving straight into its multiplayer modes, some may be new and improved, there are new maps, there is the perhaps oversold ‘leveloution’ and a tweaked control layout.  However for all those new things it is still familiar enough to make you instantly at home, experiencing glorious moments of combat gold game after game.

You could argue that it’s Battlefield 3.5, but you’d be wrong, there’s enough of a refresh to make it worthy of the Battlefield 4 tag, the problem is that it’s just so familiar. Unlike the annualisation of other franchises this series has had time to breath and the result is a consistent offering of quality gaming, the campaign side of the game may be short and a copycat series of scripted events, but it does show off the engine extremely well. Besides which, if you buy a Battlefield game for a single player experience, then you’re in the wrong hobby.

The variety of maps and modes are more than enough to get your teeth into, offering all sorts of opportunities for classic moments that you just wished you could record and share. Something that the next generation consoles will rectify each with their own onboard recording and streaming functions. The new maps have a bucket full of variety and have that ‘Battlefield sense of freedom’, but you can’t help but hanker over the firm favourites of Battlefield 3, even though this set has a well realised pile of interactive options added. Buildings crumble with gay abandon, switches can be thrown and catastrophes fly hither and thither.

Conquest and Rush seem to be getting the lion’s share of server activity on PS3 and suitably so, there’s nothing like an edgy game of Rush going to the wire or a prolonged battle of Conquest. More often than not winning is of little consequence, its the glorious war stories you can take away that make it so much fun. 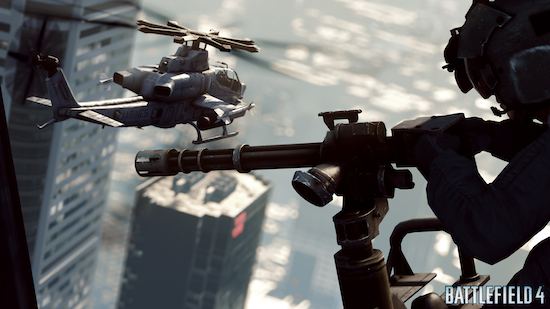 Having encountered a few glitches and server blips so far it is fair to say there is a little refining to be done, my least favourite was spawning inside a building, trapped and there is some pretty significant texture / polygon pop-in as the matches fire up. Of course that will all change over the next couple of weeks as the next generation of gaming consoles are let loose, 64 player matches will be exciting and maps that may have seemed a touch too big should be nicely busy. There is also the addition of Commander mode, allowing a player the birds eye view of operations, guiding the troops, sending in supplies and the like. You could liken it to playing an RTS with real people if it made it seem more gamey. Personally I like this touch, always fancied myself as a Field Marshall Haig type, even if he didn’t have an iPad. 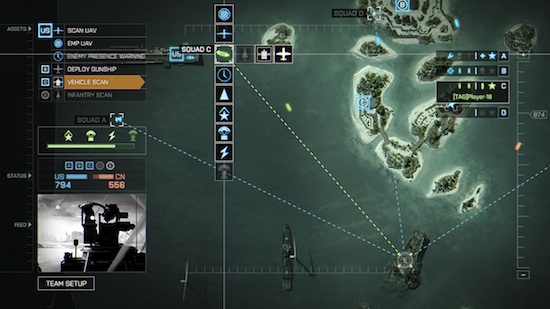 So, Battlefield 4, really should be all about the multiplayer, DICE need to drop their campaigns and just run a five minute orientation level to get you in the throws. The campaign has issues, not only in direction, but also dialogue, timing and spontaneity of scripted events. It’s also a bit of a waste of time when the Multiplayer side of the package is vying for your attention. It’s pretty, no mistake and a great showcase of the engine, but it’s a stereotypical tour of the war du jour. Unless you are really desperate for the Trophies / Achievements, then save it for a rainy day when you have no internet and nothing else to do or play.

Having had more than a twelve month gap between iterations has been a good thing, as much as the last game and all its DLC were expansive and offered such a wealth of gameplay, the world must have been ready for a new package. It will be interesting to see how the current gen community in general fares once the world starts earnestly playing on their PS4 and Xbox One consoles, but for the next few days at least the Battlefield is still the place where legends and Generals are made.

One thought on “Battlefield 4 review, PS3”