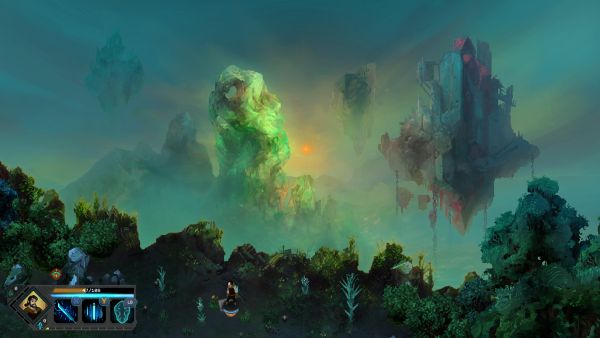 Meet the Bergsons, the Children of Morta. John, Linda, Kevin, Mark, Lucy, and Joey. Good, solid hero names if ever there was. Living in the shadow of Mount Morta and entrusted with its protection, life has been pretty good for the Bergsons. Until an evil corruption takes hold with in the mountain. Now it is time to take up arms and save the sacred mountain they call home.

When it comes to games, I don’t mind rogue-likes, talk to @nzbrowncoat and you might just get a different response. So thankfully for him, I have Children of Morta from Dead Mage Inc. to review and he doesn’t. 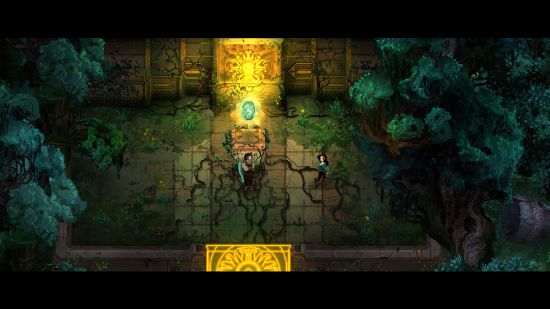 With each family member giving you a different play style. The changing maps for you to replay, one could argue that Children of Morta has plenty of replay value. But isn’t that the nature of rogue-likes? Starting with one family member and wanting to stick with them  isn’t the best idea. For one the other family members are unlocked as you progress and have certain abilities you will require to further your progress. And secondly, levelling up each member of the family will unlock Family Traits giving bonuses to every family member.

Personally, I prefer the heavy hitting John, but found many areas much easier with the ranged attacks of Linda. Children of Morta is a Hack and Slash style of gameplay and being rogue-like means plenty of trial and error as you go. 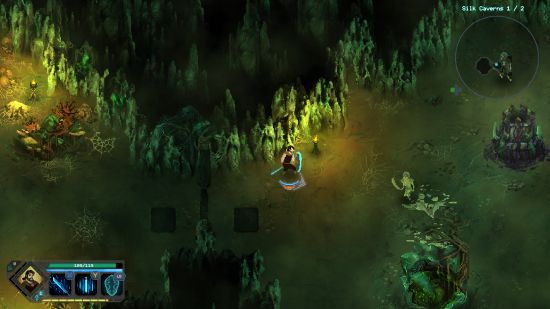 Like several games of recent release, Dead Mage Studio. has gone with the 8-bit, old school visuals for Children of Morta. On one hand this appeals to old buggers like me, but with age comes scepticism. I can help but feel it is a strategy to  speed up and make development that little bit easier. Don’t get me wrong, visuals are not the priority for me, but in this day and age they are pretty important.

So going with the 8-bit look are some pretty cool art styles in the environments. It all ties together really well. And with excellent controls, traversing the innards of Mount Morta is very straight forward, and fun. 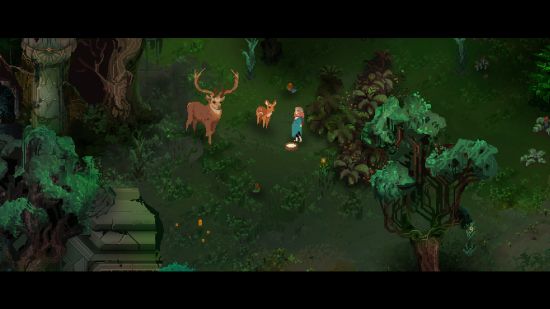 When it comes to the controls one aspect I really, really love is the ability to go twin stick or button masher. Because the camera is fixed the right stick can be used to attack in you desired direction. But you can also just use the buttons to attack in the direction you are facing. This makes moving between melee and ranged characters so much easier as both control options are available to all characters.

On death you return to the family home where, quite often, the story will be progressed. You can also access other family members who will upgrade skills and abilities before you head off again. It is a process that doesn’t get tedious in my opinion, possible because of the obvious progress and direction you are shown. 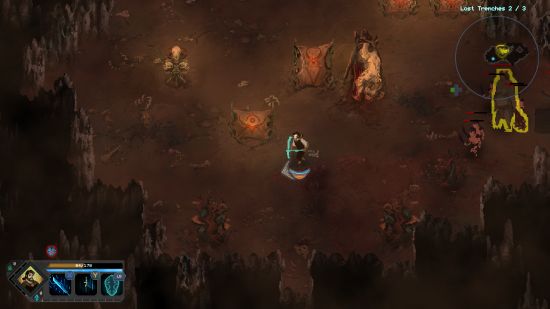 Children of Morta is a fantastic example of how to do a rogue-like. Making progress each time you enter the fray and frequent level ups make the whole experience much easier to deal with. You will die, a lot.  That is the nature of the beast. That is why some just don’t dig rogue-likes. Me, I’m a fan and can see plenty of hours being sunk into Children of Morta. 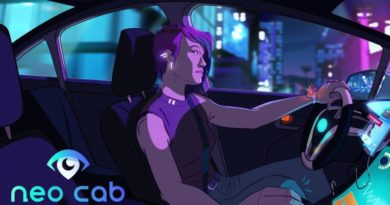 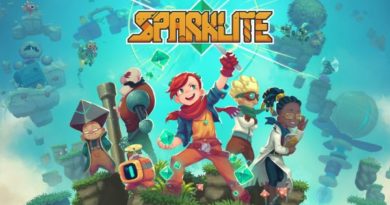 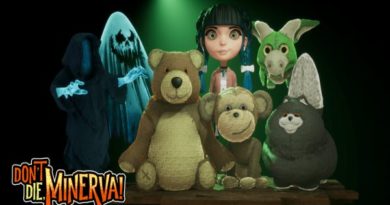