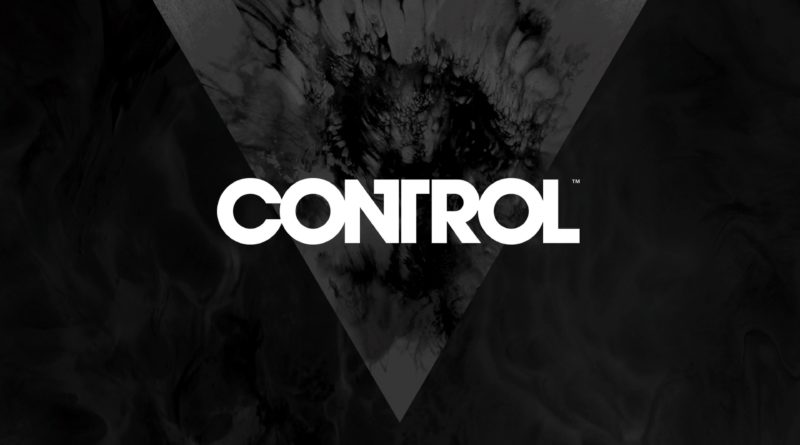 Control is different to other games I have played this year, yet it still feels very familiar, like a sort of comfort food.

The reality of what is actually happening in Control is like an incomplete painting, masterfully placed just out of reach. I kept pushing onwards, throughout the game, trying to grasp what the hell is actually going on in this contorted world. It was mind-bendingly magical.  Remedy and 505 Games have made a confusing, engrossing and strangely approachable title….. and I loved every damn minute of it. 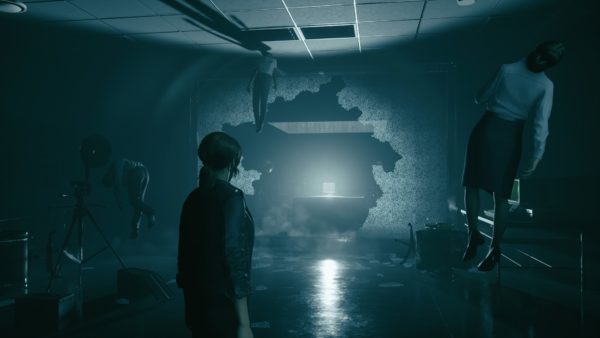 Remedy Entertainment and creative director Sam Lake, of Max Payne and Alan Wake fame, have harnessed all that they have learnt over recent years and delivered something rather special. Control is a 3rd person sci-fi action shooter, with a solid dose of Metroid-vania progression and some of the best world design I have experienced this generation from a non-Sony first party developer.

The nuts and bolts of it

All set in the head quarters of The Federal Bureau of Control or FBC, (think FBI for crazy supernatural shit). A massive building full of offices, machinery workshops, prison cells and laboratories.All there for the purpose of governmental study and containment of the paranormal. But the FBC has lost control of its house to ‘The Hiss’ and only a Director and their ‘special’ skills can bring it back into line. 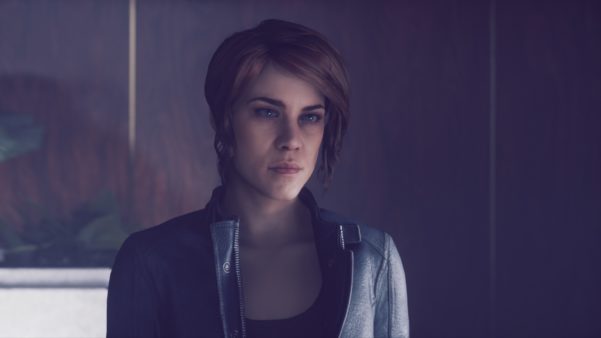 The protagonist ‘Jesse’ has been gifted the role of ‘The Director’ of this huge organisation, refreshingly with zero exposition. Control teaches you quickly that nothing is straight forward. Remedy play their narrative cards very close to their chests throughout. Yet, over time this game and its inter-dimensional gateways, objects of power and the origins of its floating red zombies, do become clear. 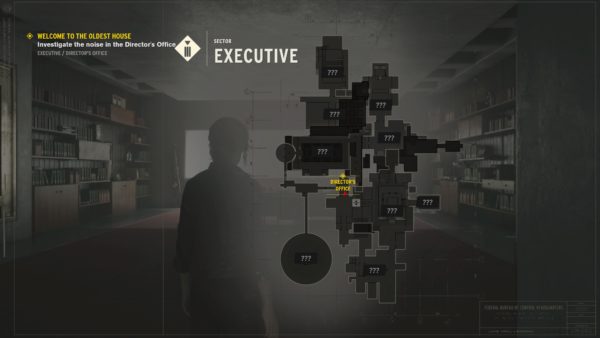 Through a series of missions, akin to all the great Metroid-vanias, levels open up, new abilities are unlocked and forward progress is made. Along with Metroid, I actually got a bit of a Dead Space vibe from Control, not to mention the freakin creepy and constant whispers from the darkness. Lets just say that headphones are a must, as the audio design is haunting. 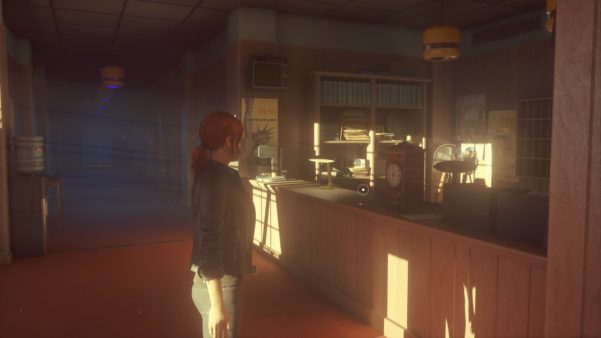 The story is actually very simple, and I am going to totally avoid talking about it, as I don’t want to spoil a thing.  The world design surrounding the story is fantastically realised. The detail and depth Remedy Entertainment put into their titles is well known. Control is thankfully more of the same. Even characters in the collectable documents grow their own side stories, which often bled into my game experience.

One office memo reported a rubber duck that was snuck out of the lab by an employee. For their kid to play with at home. The report also cited tragic consequences. I later noticed this wee rubber ducky in a lab window on my way to another mission. Because of my curiosity about this duck, I found a way into its cells and ended up chasing it around a lab using my powers to catch it.

Just one of the many cool side experiences, hidden in plain sight. 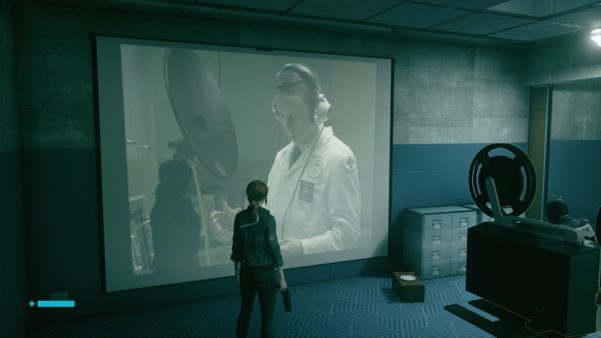 Control has endless audio files, written notes and videos for collecting. Each one adds to the fabric of the insane world created. In fact, I learnt that Control and Alan Wake actually exist in the same universe. Wake’s activities near Cauldron Lake are documented in reports by the FBC. (How cool is that!?)

Like Alan Wake, nothing in Control was just laid out for me, at no point did I go “Eureka, I understand!”. The whole game is so deftly handled, the designers have built a world I wanted to try and understand. Which is unique in a 2019 AAA title. 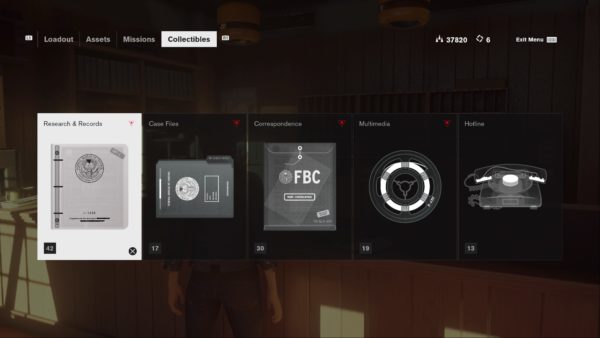 Combat is still at the games core and any gamer will tell you Telekinesis is always a winner. I fell in love with the game the moment I picked up a massive trolley hurling it at a enemy. Then they exploded into a red mist and fiery particles. Now, I know I said this game was a shooter, and it is. The ‘Directors Pistol’ can morph into a shotgun, sub machine gun, sniper rifle, but the supernatural powers Jesse develops are the true stars of combat. 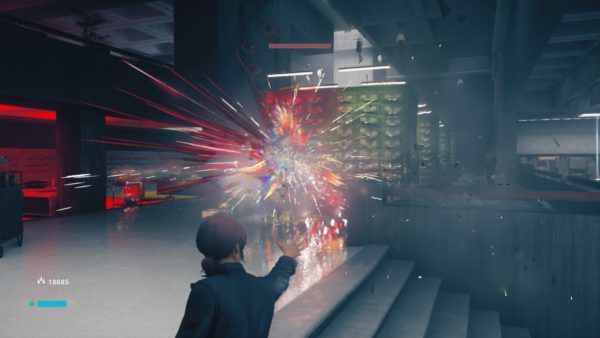 I could throw anything in a level to smoosh Hiss bad guys. I could rip up sections of floor to use as a shield, turn enemies into mind controlled allies.

It was going well.

Then I learned to fly!

Gunplay is solid especially as some enemies do need their shields dropping before real damage could be inflicted. Frankly guns were only my fallback position. Why shoot guns when you can throw exploding stuff around like an all powerful toddler having a tantrum! 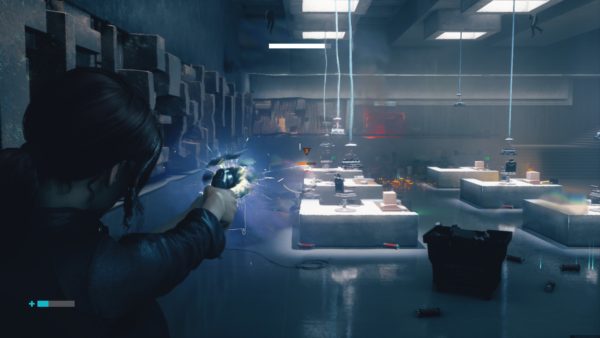 As the game progresses your skill tree opens up as do all your powers. Along with the ability to tailor skills and perks to suit your play style. These ‘mods’ that can be attached to both Jesse and her Pistol buff health, throwing abilities or various gun archetypes.

My choice as a player is favoured, and that is excellent.

This also extends to the games core quest too. Mainlining the story is totally acceptable. Side missions, bounties and secrets are all there for those gamers that want to spend some time in the world. 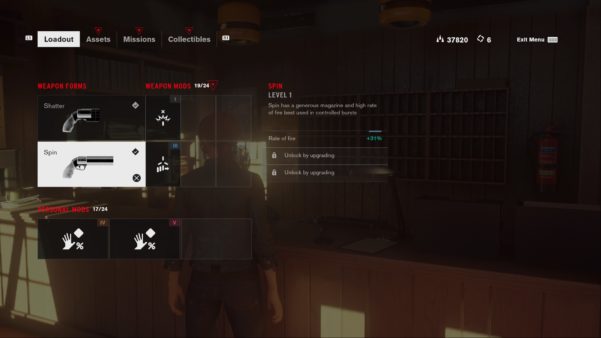 Whilst in one office block, I recall noting an unusual number of clocks in some of the offices. As I pushed on this soon became a literal sea of clocks under my feet. Followed by clambering up mountains of clocks instead of using the stairs. I felt like I had joined Alice down the rabbit hole. Then, after unlocking new powers, I got to the point of taking on the side-mission’s boss fight.

Against an Object of Power, which was a ships Anchor, vomiting up clocks by the hundreds. I know right!? Mental! 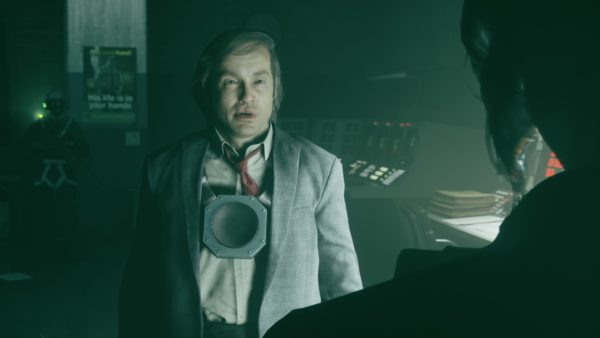 To lay one complaint at its feet, the cast of characters, including Jesse lack depth. Fortunately the overall macrocosm is the real star anyway. The level design, puzzles, even its crafting mechanics all gave me credit as a gamer. Credit that I’m smart enough to just figure the world and its mechanics out, and I loved that.

Well considered, impeccably balanced, yet still beautifully surreal and Control now sits atop of my 2019 Game of the Year list. 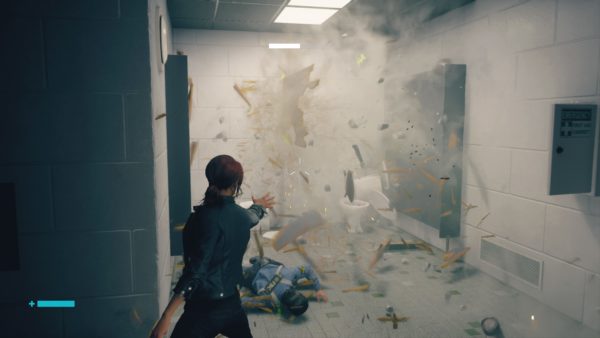