I’ve had to put this off for a while, after putting in the hours ready for a review my console died and I lost my saved progress. So firing Dying Light back up is something of a mission, a mission more daring than free running through a city full of zombies.

It is also a game that feeds my repressed kleptomania. Ransacking each and every cupboard, fridge or holdall for any item I can craft or sell. Fallout, Last of Us, Far Cry and now Dying Light, they put me in worlds where my sticky fingers will steal your stuff without remorse. Be warned, this is the dark side of the adventure. 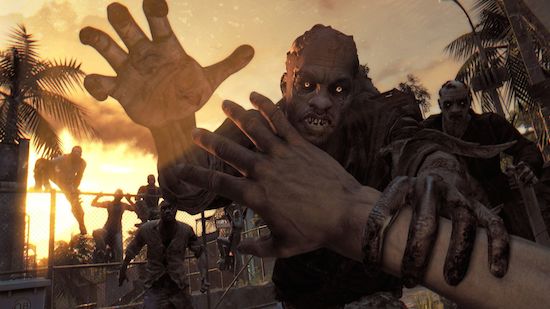 Off the bat, Dying Light is primarily a first person melee title and that was my biggest concern. Games that have had me ‘up and personal’ with enemies in first person have never felt good to play. Often I have been left flailing at the air while getting hacked down, whether it was field depth or my own incompetence I’ve always felt more comfortable behind a scope. However and it is a big however, for some reason the combat in Dying Light works really well, it is satisfying and visceral, skipping through zombie infested streets is as much fun as cracking a few mush laden skulls with whatever pipe comes to hand. 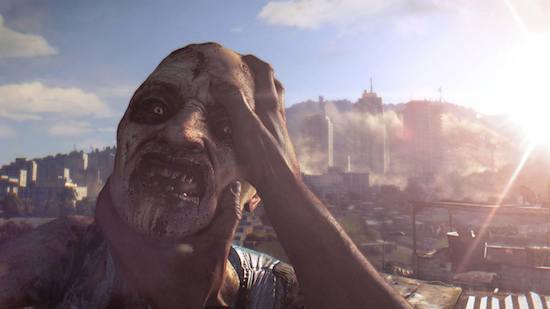 The other key mechanic is parkour and lots of it, the city of Harran is a free runner’s dream. Open buildings, ledges, scaffolds everything is begging to be climbed, jumped off and run along. Verticality is your friend in Dying Light and even though the occasional ‘leap of faith’ seems to get a helping hand to land you safely you never feel like it’s a gimmick. 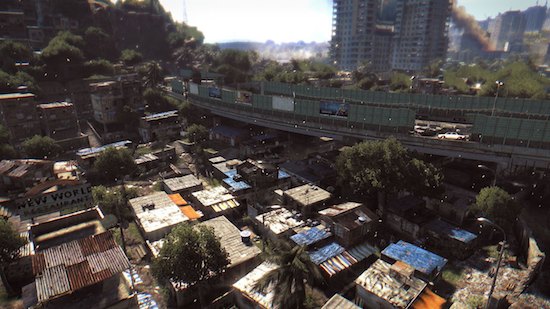 The story plays out well, while the voice acting may not be the best, the game shines graphically. After the initial cutscene, I spent way to much time wandering around my room looking at light effects and textures. While this quality may be lost on you when things get crazy outside the safe zones, it’s absolutely worth taking a breather and watching the sunset from somewhere up high. Of course then it’s nighttime and that’s when the real monsters come out to play.

Surviving the night is a challenge in itself, the zombies become much more able and aware plus the introduction of a more intelligent breed of hunter zombie will chase you home. There are traps and environmental hazards to make use of, although these can be missed in the heat of the chase. 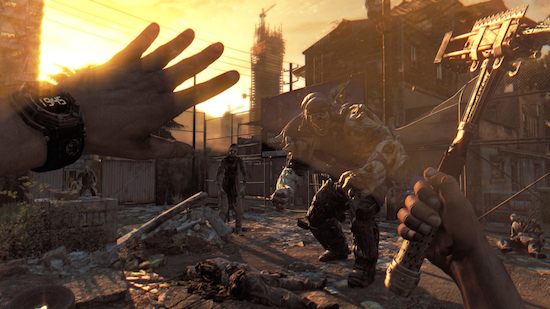 As the game progresses you gain skill levels for various actions and it won’t take long to open up a good chunk of the skill tree and that will make the whole experience easier along with some extra impressive running and jumping buffs. The enemies also level up with the introduction of mini-bosses, exploding zombies, tank-like zombies, other human enemies and the occasional human controlled invader.

Taking a couple of leaves from the likes of Watchdogs and Dark Souls, Dying Light offers the chance to play as a zombie and invade another player’s game. This is as fun as it sounds and offers another dimension to the adventure side of things. The drop in drop out co-op works well, where a team of four can plan to tackle objectives, run amok or outdo each other by completing score related challenges. 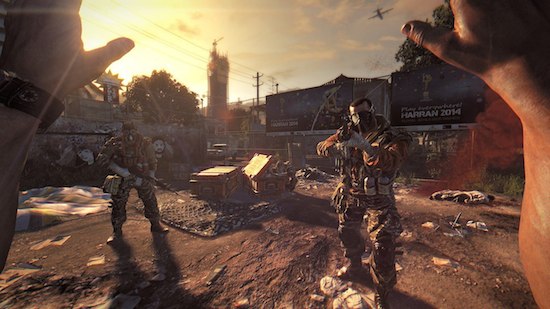 Overall, Dying Light has left me feeling pleasantly surprised. It’s a tonne of fun, offering a familiar take on the zombie genre, but adding strategy and verticality into the mix. I have been converted to a ‘first person’ melee title and marvelled at the quality of the visuals. Now I only have to overcome starting again after losing that vital save file.