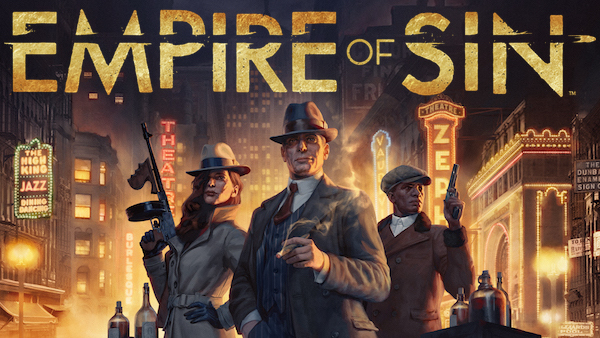 When I first heard about Empire of Sin (multi-platform), an X-Com style turn-based combat game set in 1920s American and featuring gangsters, I was intrigued.

Who wouldn’t want to be a gangster as he (or she) takes over the streets of prohibition Chicago, aiming for the top and with mechanics similar to the rather excellent X-Com games? 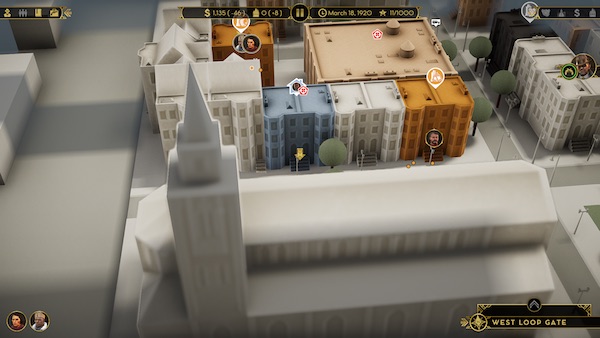 Starting in the 1920s prohibition Chicago, you’ll be taking over rival businesses such as speakeasies, brothels and casinos in the quest to become kingpin of the city. Once you successfully take a joint from a rival you can then upgrade it with things like extra security, ambience and promotion to add value. As you’d expect during the prohibition, alcohol plays a big part in Empire of Sin and is used as a form of currency to extend your empire’s influence.

You start the game by picking your playable character. There are 14 to chose from, some based on real-life characters such as Al Capone, others are fictional like Salazar Reyna and Goldie Garneau. Each has a special ability. One blows a cloud of psychotrophic drugs into an enemies face, for example, while another is able to deal a huge amount of damage with his baseball bat. Another throws bombs filled with poison. They each also have varying degrees of business acumen that impacts on the management side of things. 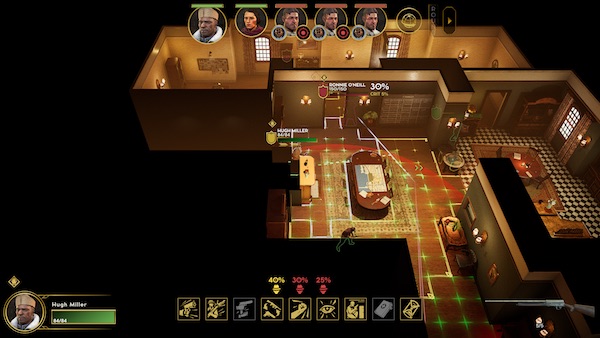 I played as Reyna Salazar, a Mexican gangster who seemed an interesting character and when he gets into a jam is able to dual wield his revolvers, firing at anything in the vicinity. He’s a little wooden at times in his delivery of dialogue, though and Reyna is a character with good combat abilities but doesn’t do much to help your businesses along.

Not a bunch of Goodfellas

The game is a mix of business management and turn-based combat.  Running order in combat is determined by your character’s initiative stat. However during the tutorial I started feeling as if something just wasn’t right. 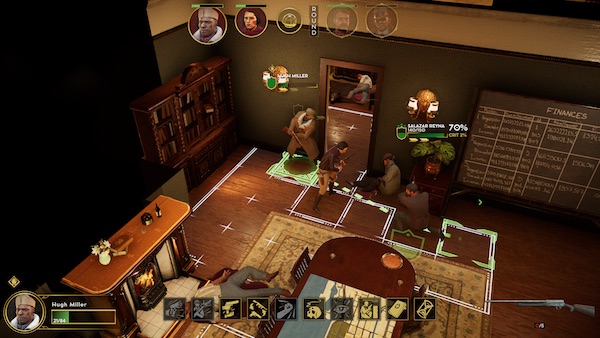 The first alarm bell was unit AI during combat, which was, frankly, woeful at times. Squad mates missed shots at point-blank range. Enemies stood right next to another character mid-combat. Pedestrians walked through the middle of shoot-outs unscathed. Enemies stopped in the middle of rooms, seemingly thinking they were behind cover. One of my squad mates went on what I initially thought was a glitch – firing her machine gun at random around a room – only to realise it was one of her character’s traits. She didn’t hit a single enemy then muttered: “What the fark?” My thoughts exactly, Maria, my thoughts exactly. Another time Reyna quipped after missing a shot: “But I never miss.”

Make sure you go home alive

I thought sometimes the combat was incredibly unbalanced, too. In an early assault on a brewery, Reyna and his two soldiers had to take on about eight enemies, all hiding in the warehouse. Hopelessly out numbered and outgunned and it ended as I expected: With all three of my squad six feet under. You also have literal boss fights – where you take on the rival boss and defeat him. Sit downs with rival bosses tend to be all talk but inevitably end up with a shoot out and when you defeat the rival boss you instantly take over all his/her rackets, making your rise to the top a little easier.

Mr Ness, I do not approve of your methods

Zooming out shows the world map, highlighting businesses you can take over and rival gangsters to take the hurt to. Then, there’s a rather complicated management system that I think will just confuse newcomers to the genre. Heck, I’ve played games like X-com and I was overwhelmed by all the tabs and columns in the management pages. 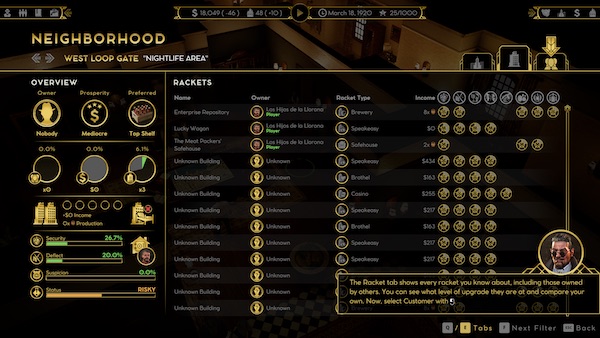 Character dialogue is interesting, at first. But hearing your character utter the same line for the umpteenth time as they move from cover to cover during combat does get tiresome after a while. Look, Empire of Sin has some glimmers of promise in its setting and delivery – the soundtrack is incredibly atmospheric – but for me there are just too many glaring faults to recommend it at the moment ahead of much more solid current turn-based games like Gears Tactics.

Just when I think I’m out…

Developer Romero Games has already patched the game twice since I started playing it, which shows that they’re committed to making it better and that’s fantastic, but at the time of writing this, to put a twist on a quote from the movie The Godfather, Empire of Sin is definitely an “offer that you can refuse” for the time being, at least.