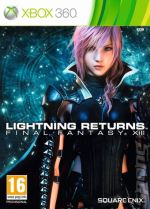 The last Final Fantasy I played was back on the PC and it was Final Fantasy VII. I might be a bit out of the loop story-wise then. As the third part to the Final Fantasy XIII saga, Lightning Returns is aimed directly at fans who have played through the previous titles, and although there are bits and pieces of lore and back story to get people like me up to speed. I found I was always a bit in the dark with the story I was being part of.

Which is a shame because Lightning Returns is a nice looking game with many open world areas to sink your teeth into. But the story is the hook, and if you aren’t invested in the characters it all feels a bit empty. 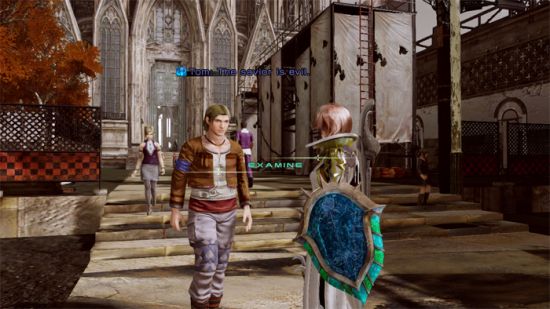 To make this review even more difficult, I have quite an extensive Nondisclosure Agreement to follow, stating ‘Under no circumstances, before or after the Embargo Date, shall you disclose any information in relation to the following plot and gameplay spoilers’. And that is followed by a rather substantial list…

So lets see if I can follow the rules and let you know what Lightning gets up to in her spare time while not, umm, saving the world. Lightning is a Virgo, she loves hunting monsters, has a passion for big swords, and enjoys collecting the latest fashion accessories.  But seriously if you have played the previous Final Fantasy XIII titles then this is a no brainer and you probably have already purchased Lightning Returns, so I will avoid the storyline pretty much (not that I have a choice) and fill you in on other details. 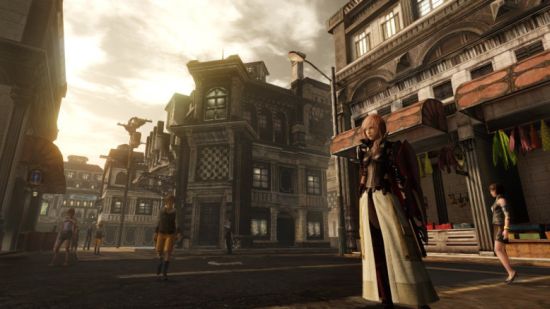 The big change from other Final Fantasy games is the move to a more real-time action oriented combat system. This new system has you changing your clothes mid combat to access different skills and abilities which are tied to the different outfits or in Final Fantasy speak, Garbs. Each outfit has limited ‘power’ so you have to manage your time in each one while the others recharge. All these outfits can be personalised with accessories and colour changes, and you will find yourself hunting them down or purchasing them just to see how cool they look on Lightning. Aligning your big swords and magic skills with the right outfit will make all the difference in battle so inventory management is pretty important for your survival. 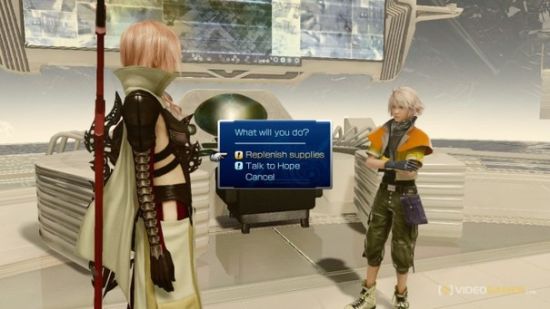 Now for my biggest gripe, and this isn’t a problem I have specifically with Lightning Returns but all games that employ it. A time limit to get things done! So I get it, Lightning has limited time to save the world, but to have a restrictive timer that sees you ‘return to base’ at the end of each day is a nightmare. Especially with such an open world to explore and many side quests to complete. It is mentioned that because you only have limited time that you won’t be able to save everyone so choose wisely. But really? With such a story driven game it’s not like I’ll replay it in a hurry to see all the quests and areas I didn’t get to. It really is painful, exploring the beautiful world only to be zapped back to base and the end of the day. For a completionist, like myself, who likes to get all the side quest done this is just plain mean. 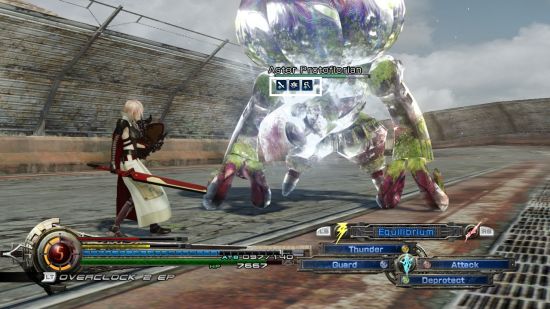 So, what can I say? Fans of Final Fantasy games will already be all over this, and loving it. As for those who haven’t played at least the two previous Final Fantasy XIII titles, it’s a beautiful game with some great moments but will never really draw you in due to the lack of ‘love’ you will probably have for the characters.

I can see a Final Fantasy XIII 3-pack would make sense, I’d hang off till then or if you can grab all 3 titles from the bargain bin. Overall it is just too hard to recommend Lightning Returns as a stand alone game to non-fans, especially on last generation platforms. There is a lot of competition out there now.