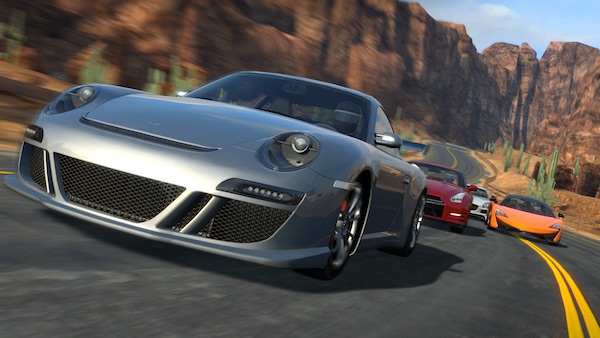 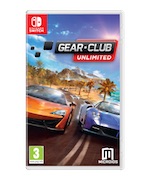 I can enjoy a good arcade style racer, having cut my teeth on a few decades worth. With the recent slew of serious driving games being a shade above my ability and NFS Payback being a great action movie spin off, but losing points for the grind there is a simple pleasure about GEAR-CLUB that cannot be ignored.

First off its on the Switch, which as we all know has been the console to beat this year, delivering innovation and fun at every turn. Gear-Club does not disappoint and can hold its head up amongst its stablemates. The game takes a few parts of other games and makes them whole in a way that feels fresh and accessible.

The game opens up in a narrative style, introducing you to some characters that will offer guidance and tell you when to upgrade cars or facilities. Almost RPG lite in some respects as the more races you win and experience you gain then the more you can upgrade your Garage with workshops. These workshops allow you to spend in game currency on your cars, giving them the edge over the AI. What is really nice about this is the isometric view of your Garage, being able to place workshops and luxury items to give it your own stamp is satisfying in a mini meta-game sense.

Graphically the racing is held in a wide array of environments, the map is fictional so you can get away with having races on Scottish Moors next to Amalfi Style coastal runs. Its not free roam and that is a good thing having seen the buzz a freedom racer can offer quickly devolve into a sense of confusion and busy work. Pick an event from well over 300 and race it, admittedly the AI are not that challenging, but thats likely because you’ve spent wisely upgrading your car.  There are plenty of exotic cars to be bought too from various classes, they will progressively unlock through the game and this gives you choices over which type of vehicle you power through before having to spend up large on a new set of wheels. 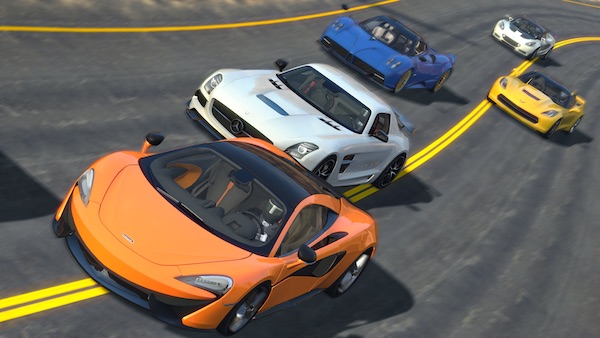 The Multiplayer Leagues are handled well too, eschewing away from the traditional versus racing, there is an asynchronous league similar to the leagues we’ve seen in games like Alienation. You pick your race for your class and run it as much as you like, the better your time, the better your points and that might get you into the next league. Obviously they carry prizes as reward and the cash is handy. The races themselves are against ghosts of fellow competitors to give you something to aim for. It performs well and avoids grumpy gamers. Although there will be rumoured more traditional online modes added after launch.

Local multiplayer is also a thing, bringing us back to the kind of experience the Switch promised at its reveal. Four player split screen racing, either on TV or gathered around a seat on the train. It works and makes me live in hope for some Goldeneye actions down the track.

People throw screen rates around and I’m not bothered, what matters is how well it plays – the handheld display may be throttled, but its smooth and fast and a lot of fun. While the gameplay is often down well trodden roads, the thrill of the race doesn’t get old and you don’t find your self restarting just to get through a certain spot – looking at you NFS. There are also gamely challenges and achievements tab keep the currency coming through, never making it feel like a grind to buy your next car or upgrade your current one.

I only really have one complaint and that is the lack of any decent crash mechanics, a game like this needs someBurnout style destruction with slo-mo carnage. The worst supercharged contact has produced a cheeky nudge and then theres the annoying, stuck to the wall slowdown penalty. If there was a decent damage model, it would be right up there in my top three Switch games.

Gear-Club Unlimited, an evolution from its mobile game roots and a wide open mildly addictive racer for the Switch. It might not be for serious racers or petrol heads, but it is certainly for me. 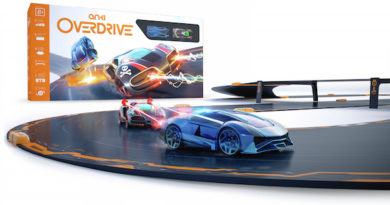 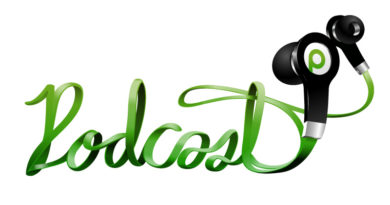 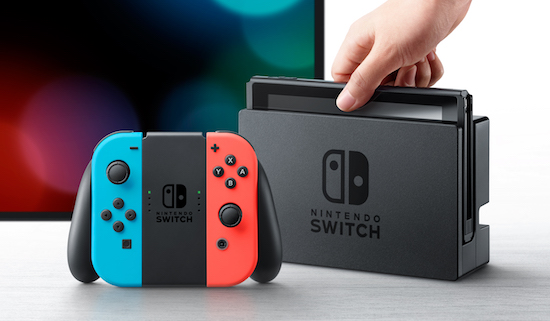 Switching it up and falling back in love with Nintendo