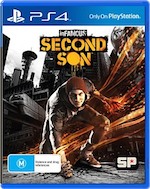 Let’s get a couple of things out of the way, Second Son is gorgeous, drop dead shiny gorgeous, this game delivers the promises it had laid out last year on reveal and that’s a great admission to have. We were wowed by particle effects, the environment, the detail and nobody got left behind between then and now.

Secondly, there are no surprises in here today, when the hard copy of a review title drops into the letterbox well over a week after release day, there’s a big game of catch up to be played which leads me to keep this short. 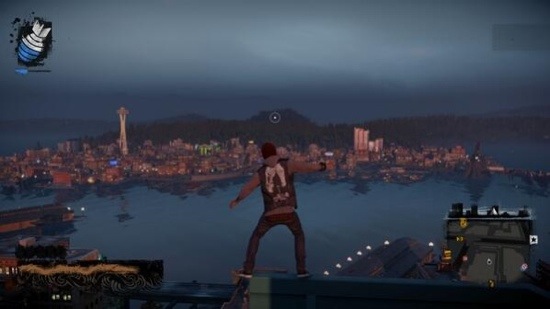 So, the world of this Infamous is laid out in a very nice rendition of Seattle, although it is a near future Seattle run by a dystopian D.U.P. and is rife with superpowered individuals known as Conduits. Still with me? Also, as in ‘previously in infamous games’ you play a reluctant hero or anti-hero developing their own superpowers and making their way through the narrative, adding new skills and powers, collecting collectibles and making moral decisions that change the course of the game. Well, the game changing moral decisions might not be as far reaching as they sound, but they do have an effect on how the mood of the narrative plays out.

The gameplay is near perfect, Delsin, (that’s you) fits into the world beautifully, whether running the streets, flying through the air in wisps of smoke or standing on a sloping surface. Always a great measure of a third person game for me is how the character stands and idles, how they react to a step or curbside and I’m happy to say that Delsin is mindful of his surroundings. This makes the whole experience more fluid and doesn’t have any wrenching moments that can shatter your suspension of disbelief. 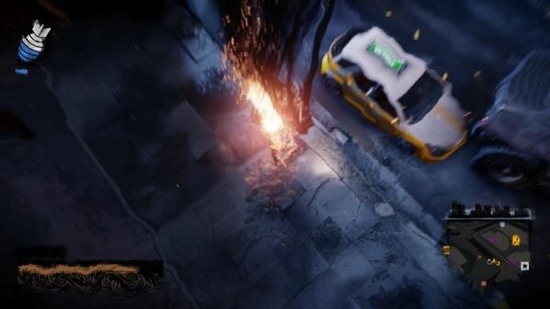 Once you start developing powers and exploring the skill tree, governed by good or bad karma depending on your actions around the map, then things start to get fun. The skillsets vary a little between power types and it is easy to settle on a favourite, personally I find the Smoke powers suit my game style, but the neon ability to run up walls is something incredibly useful. All these abilities make for lots of enjoyable encounters and what’s more enjoyably replayable encounters, scooting up the air vents of a building to gain some health, then falling with style in a comet drop to take out aggressors just dosen’t get old. Neither does the Karmic Bomb, build up enough good actions and a quick press of the d-pad throws you into the sky into a skydiving destructive maelstrom. It’s movie poster action at its very best. 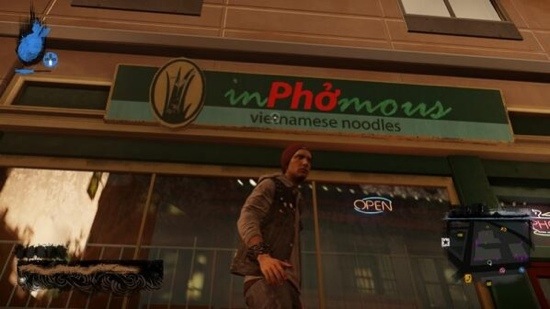 Side missions and Power Shard collectibles are generally fun, easy and not taxing enough to be ignored, no wonder many people are reporting how they have Platinumed the game in it’s first week. Another nod to the entertainment value is how many of those people have finished the game on either the good or bad side of the story, then jumped straight back in to beat the other side of the coin. An interesting use of controller is in the spray / tag side missions, where a Delsin gets to be Banksy and score a good or bad karma point given which image you choose to daub. The game requires that you flip the controller and shake it like a spray can, the controller’ speaker rattles authentically and you get to spray the artwork through a series of stencils. While it’s not the most entertaining aspect of the game, there is a big thumbs up for making good use of the controller’s functionality, the touch pad also gets a good workout as you interact with the environment. Nice touches that bring your experience closer to the world Delsin lives in. 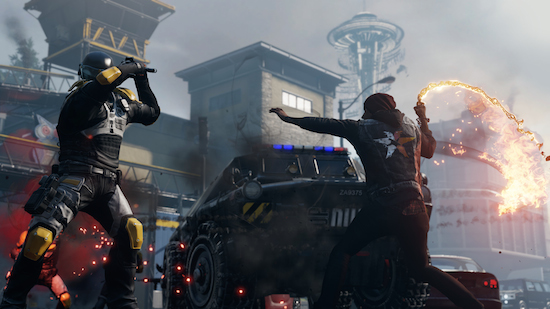 Having shipped over a million units in the first week, this game feels like a real release for this generation and a session can’t go by without stopping and taking stock of the incredible sunsets across Seattle. Second Son has been a real pleasure to experience and I’m sure I will be dropping in to smash up a few D.U.P. grunts on a regular basis.