I’ll be frank, this review required a bit of background work to find out who “JoJo” is and why on earth he has his own video game. 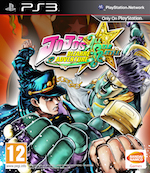 Turns out “JoJo” is kind of a big deal in Japan. And even more surprisingly, “JoJo” isn’t one person, but refers to a powerful supernatural family called, the “Joestars”. They are the centre-piece of a long running Manga series called “JoJo’s Bizarre Adventures”. First appearing in 1986, it’s now a phenomenon which is entrenched in Japanese Manga culture and gives countless hours of spikey haired entertainment through comics, novels, anime and obviously video games.

Now an appreciation is held as to why this game exists. We can look closer into JoJo’s Bizarre Adventure: All Star Battle, and its unapologetic oozing of personality and niche charm. 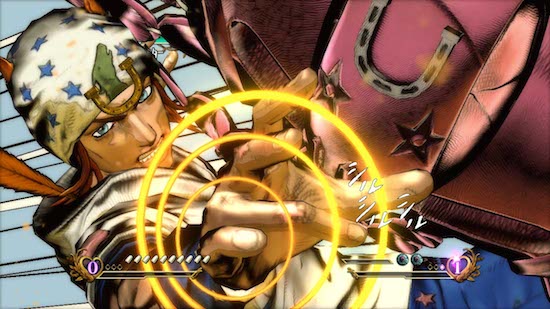 At its core it’s a classic fighting game in the vein of the pillars of the genre; Virtua Fighter, Tekken and Street Fighter. That said, Namco Bandai make no apologies for releasing what is a very quirky love letter to fans of the “JoJo” franchise. Let’s be clear, if you don’t know about the Joestars, their personal torments and huge muscles……..you could safely give this game a miss.

As a fighting game, it has the normal ‘requirements’ of the genre. Featuring an arcade mode, online play, training, a confusing campaign mode and the most interesting of the lot, a surreal story mode. 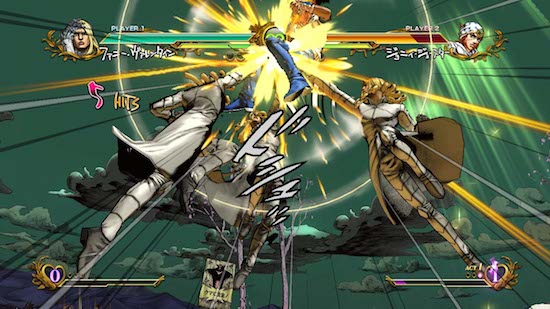 As many that have come before, the core fighting mechanics work on a combo system needing specific inputs of light and heavy attacks combined with stick movements to initiate special moves. After enough attacks, a power meter builds up and you can unleash a flashy, spasm inducing special, that can be ‘round’ winner. However, some serious trial and error or at least some extended forum cruising will be needed to get a handle on the complex combos.

JoJo’s Bizarre Adventure: All Star Battle isn’t the best at teaching players the combos each character has in their arsenal. I like fighting games but I have never been all that good at them, and I found this title to be brutally hard. After soldiering on for a bit, trying to use some basic combos, I ended up having to drop the difficulty down to very easy just to progress through the story. Otherwise, my controller was going implode! 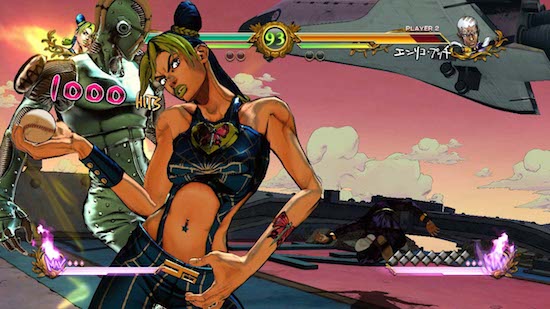 The Story Mode fights are spread across the 8 main story arcs of the “JoJo” universe. Before each fight, the story within the current chapter is explained through a dozen or so text blocks. But the names, places and continual reference to what is clearly key “JoJo” canon left me lost. I suspect it will leave most gamers confused, or mashing the ‘next’ button. If anything, it highlights the missed opportunity for some very flashy cut-scenes to give some context to the upcoming battle.

Each story mode fight has its own modifier attached, such as the player starting with half-health or special attack powers being reduced. This is supposed to change the approach of each fight, so players don’t rely on mashing their way to a killer special move for example. As each chapter is completed, ‘gold’ is rewarded, which can be used to buy one-time bonuses. They are essentially ‘perks’ that can be used to negate the modifiers by improving defences, boosting attacks or even lowering enemy health. There is a roster 40 fighters to work through in the story, each one progressively being unlocked, to be used later in the online and arcade modes. Each fighter is a key character within “JoJo” canon and boast individual special moves and poses……… oh so many poses! 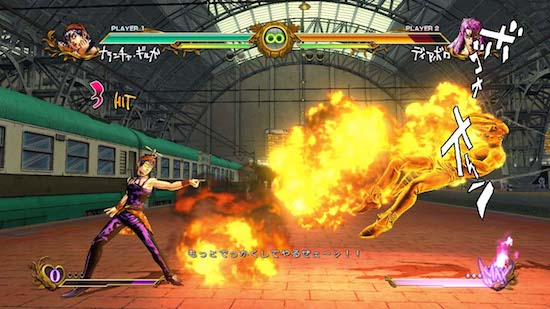 It’s a strangely beautiful game that has stayed true to the source material, in both its anime art style and its very quirky character animations. The characters are really entertaining to just watch, in fact at times they could be a real distraction from seeing some of the pre-attacks ‘tells’. As mentioned, all the dialogue in in Japanese with English subs, but the developer has made an effort to bring in some classic “JoJo” one-liners. One of the best following an end of round K.O was…”You could not defeat a pigeon!” Which aside from being some SERIOUS trash talk that would cut any hardened fighter to the bone. Its turns out that was ripped straight from an episode of the anime. 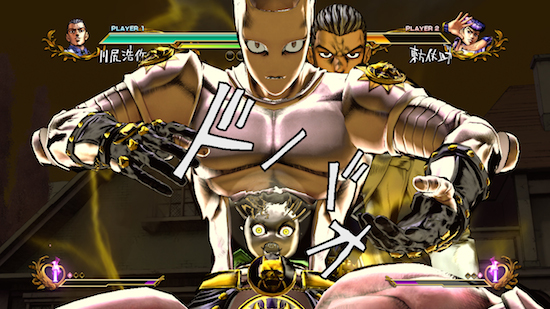 I am in no doubt that the game is full of winks and nods to the huge franchise canon. Unfortunately, the localisation has been bare bones with scattered subtitles being the extent of the assistance for the western “JoJo” fans. The flurries of Japanese dialogue and text during menus and the fights themselves, give a feeling that non-Japanese players are receiving half of the experience. But I get the impression that hardened series fans in the West, would love very minute.

JoJo’s Bizarre Adventure: All Star Battle is a competent fighter with its own true-to-self-style. Its Japanese pop culture personified, unabashedly so in-fact. I had more fun researching the “JoJo” universe and watching Youtube clips, than actually playing the game. But if you are a franchise fan, this game was made for you. 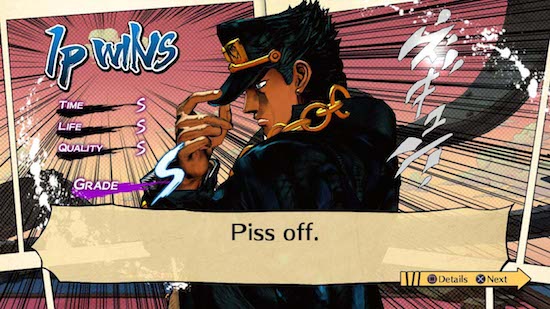