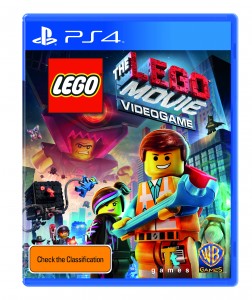 There’s this movie, it’s pretty big and it’s all Lego, then of course there’s a game of the movie and that’s likely to be nearly as big, probably.

The pinnacle of my experience with Lego games was the Marvel Superheroes game, it was always going to take something special to eclipse that memory, in fact it’s a game still played regularly in our house. So, charging up on the inside is the newcomer, a movie tie-in that actually has Lego representing Lego rather than the classy yet pastiche skits of others in the series. 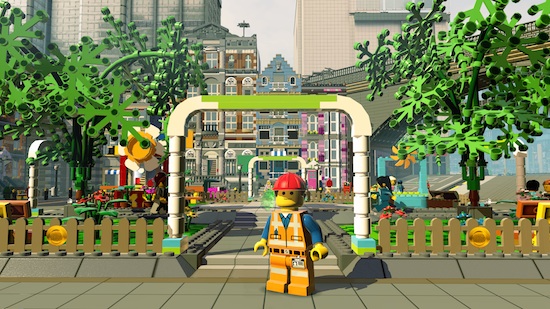 Like all Lego tie-in games, this one follows a tried and tested path, throwing the player or players into extended scenes that replicate a sequence in the original movie. Play through the scenario, advance the story, find some secrets and unlock new characters. In a nutshell and there’s nothing wrong with that. This game however many new kitchen sinks, gags and changes of perspective it throws at you, still feels a little forced. There are plenty of new tricks and the game isn’t afraid of bringing them up, the introduction of Master Builders and their blazing fast creations for example. They are well worked into the story and as most of the world knows critical to the movie narrative, but aside from being another way of clearing a puzzle they are pretty much just another moment where you need to swap to the right character and hold down a button. Unsurprisingly the levels are designed for replay and the purists will be out in force planning who to unlock and how to approach the completion of a game with such a wide range of content. 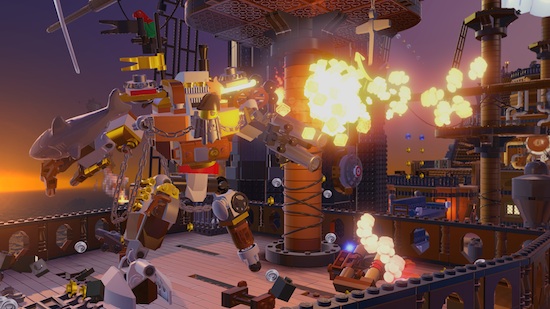 Another new approach is the collection of Lego plans to advance in a level, once collected you have to beat the clock on a puzzle / shape match game in order to earn some extra bricks. All well and good, but it doesn’t really add any depth, it does however add frustration when you don’t realise you can’t select the block you want because your co-op partner has it highlighted, and when your co-op partner is only 4 1/2 speed is not an option.

Speaking of younger players… whereas Lego Marvel was a great big fun playground for the younger family member to go crazy in Lego Movie has smaller hub worlds (Realms) and focused stages that require a clear grasp of what to do. When you’re done explaining why we can’t use Batman on every stage again you may well find yourself being asked to play something else. 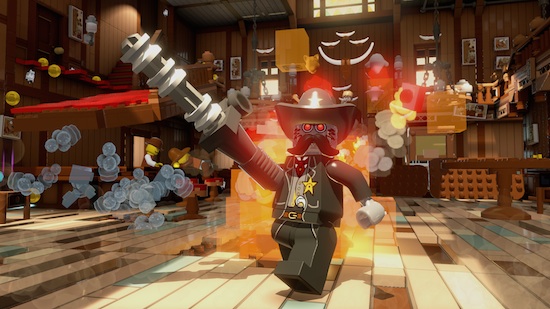 The stages follow the movie very well and often switch into an on-rails section where vehicles are called for, the game is also not shy of throwing in healthy chunks of the movie to pad out cutscenes. Some of these are in the classic Lego rendering and some are in relatively poor quality clips direct from the cinema, this is where I find myself challenged by the game. The Lego series has always taken something massively popular and made it fun, in fact more often made fun of it. Where classic franchises are hammed up and played for laughs it works, what I find takes some of the shine away from this game is the fact that it’s Lego being Lego, there’s no punchline, there’s no clever jokes or animation coming because it’s already been done in the movie and done exceptionally well, perhaps too well. Beside which, as much as I enjoyed and admired the movie, I’m not actually ready to enjoy sitting through it again, in full or in pieces. 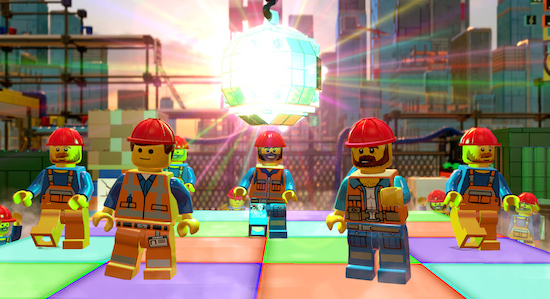 Overall, the Lego Movie game does exactly what it says on the tin, it delivers the movie experience in what is probably the most authentic movie tie-in game ever created. Sadly with some areas and glitches making it feel rushed and some of the less obvious puzzles being a chore for the younger gamer in the house, it feels more like work than something awesome. That said the movie is a juggernaut and the game will no doubt follow suit.

One thought on “Lego Movie the game review, PS4”