There are a lot of big, hot and heavy games dropping at the moment. For me entrenched amongst the COD, Battlefield, Gears and Uncharted smorgasbord there is one more exciting prospect that has probably dropped out of sight for most gamers. Currently sitting low on shopping lists, I really hope it is not destined for the bargain bins – my tip for sleeper title this quarter. 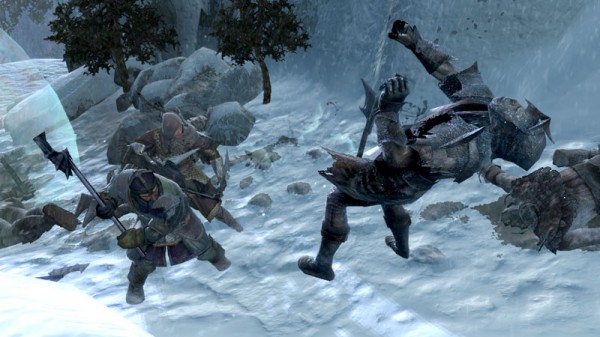 “With his far reaching rich hand Sauron might have done great evil in the North. Yet all that has been averted because a handful of heroes stood in his path.”
– Gandalf the White

The Lord of the Rings: War in the North is a co-op Action RPG that immerses you and your friends in a brutal new chapter in the War of the Ring. Snowblind Studios is in the unique position of drawing inspiration from both the literary and film rights to world of Middle-earth, allowing players to bloody their axes on a wide range of deadly enemies and traverse both established and never-before-seen locations. The result is a journey that is both epic and intimate, familiar yet unexpected. 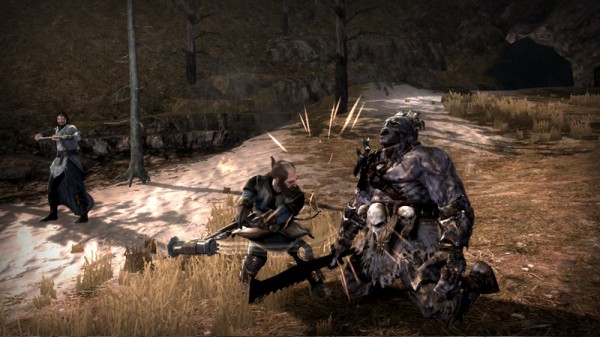 Intense, visceral, and satisfying combat. Rich, layered, and impactful character progression. In War in the North, you get both. Find and equip the best loot, upgrade your hero using a wide range of skills and items, and feel the intense satisfaction of rushing into real-time battles with friends by your side. Fight through the brutal realities of the war on all fronts that were brought to life in the lore. Immerse yourself and make your own mark on Middle-earth.

CO-OP AT ITS CORE

Build your own fellowship of three heroes to confront the growing army in the North. The survival of your group and all of Middle-earth depends upon your uniquely skilled heroes working together. You must fight together or you will die alone, and these high stakes make the experience of playing together both socially engaging and incredibly satisfying. The first time you rescue a friend who has been grabbed by a troll and is desperately yelling for help, you will understand what we mean.

While much attention and focus has been placed on the journey of the One Ring, the assault on Middle-earth hits all corners of the map. War in the North turns our attention towards an integral part of the storyline that is grounded in details within the books and various appendices. This is not someone else’s fight. This is your own effort to forage a way through the dark, dangerous, and unknown landscape, defending all that is yours. This is your war.