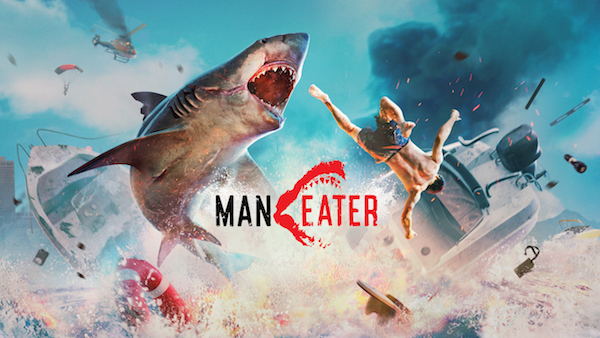 Maneater has had me in a barrel, a game where you play a shark on a quest for revenge. How could this be a love hate relationship? Was Maneater the one that got away?

I love the premise, it is refreshing and quirky enough to grab mainstream attention. It is also the most ‘gamey’ of games to have been landed recently, which is ultimately in its favour. That said, there was something keeping me from plumbing its depths. 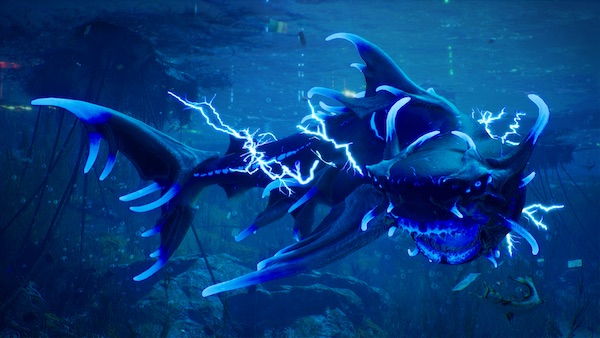 How big was that Maneater?

The game itself is relatively short and a decent size unlockable map of waterways opens as you progress, taking your growing monster from backwater Bayou to the depths of the ocean. Across that journey you will encounter a range of marine life and handy humans to snack on. The more you eat, the more nutrients you gather and that will level you up. Levelling equals growth and the leap from young shark to adult suddenly becomes the game changer.

Skimming through murky backwater swamps in the early stages you will be the prey to Alligators, struggling to escape and with the odds against you. It makes the first section a chore, where mission targets are achievable. Getting cornered in a sewer tunnel by an adult Gator is not. The other bugbear in early sections is the placing of collectibles out of reach or behind restricted doors. Much like a LEGO game where you are not allowed to solve a puzzle until you can com back with another character. 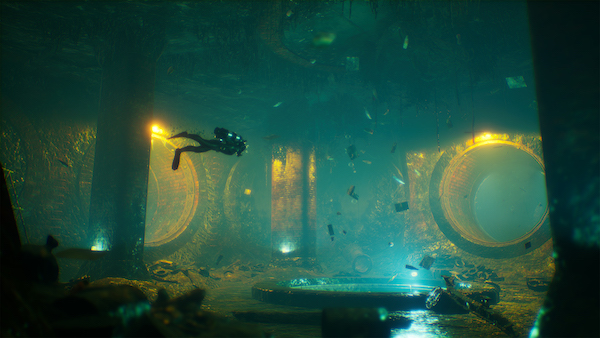 Does a Maneater grind its teeth?

That said. The RPG Lite aspects of the game make it. Once you have spent some grind time completing a couple of sets of collectibles you will start gaining customisations to enhance your shark. This is where your reel starts to run free and the fun factor breaks water.

First up should be better teeth or jaws, followed by improved Sonar Abilities. With that you can get on with collecting and eating and completing area missions. A word of warning, if you chomp too many humans in one go your Threat Level will rise. This will send a team of shark hunters against you, their tactics change across the ten levels of threat and the Shark Hunter Boss for each level will ultimately provide a prize. Prizes being essential body types or organ enhancements. 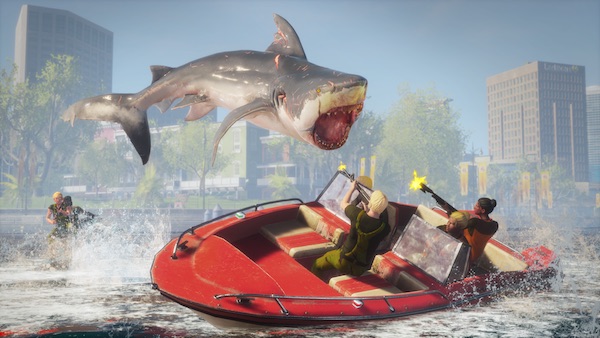 It can’t be for nothing.

Battling shark hunters swings between annoying and satisfying, mostly because of the camera and the fact they swamp you. Diving beneath the water offers no safety as they are able to track you and shoot you at physics defying depth. Not only that, they will throw everything at you in one go, that makes encounters incredibly messy. However once the boss turns up its quite possible to single them out in the chaos and take the down. Which serves their foot soldiers right for ignoring the laws of physics. The later stages in these battles just become a silly ramp up in difficulty, which siphons some of the fun.

Speaking of difficulty. There are a few Boss fights through the game, your main target Pete is a crusty fisherman that killed your mother and you took his arm. These encounters are typically annoying, but if you grind enough and have the right combination of body type or buffs it should be ok. Until the end, the final fight is annoying, that is all. 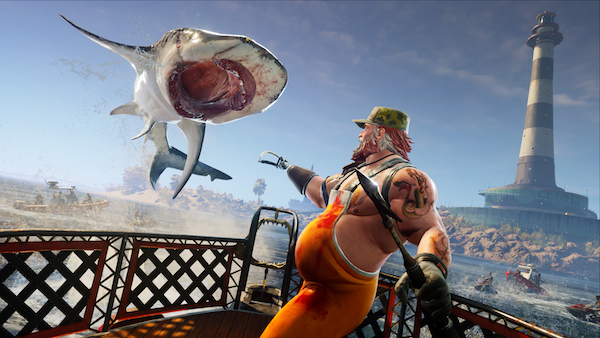 Can you feel the water?

Spending a lot of time underwater and a fair bit flopping around on dry land. It has to be said, the underwater doesn’t feel very underwater. Looking and sounding like underwater, but there is a weight missing to the movement. It is however the best place for easter eggs and in-jokes. The collectible signposts offering up gems like Costner’s Waterworld wrecked Tri-Maran or the three seashells from Demolition Man. Keep your eyes peeled.

While the shark is manoeuvrable and feisty, the game eventually throws everything at you and the wildly swinging camera does nothing to help your cause. The later Apex fights are just try, try again encounters while tweaking your Sharks set-up. Even the temptation of an easy Platinum trophy for beating Pete doesn’t bait me back.

Swimming around chomping fish and beating up whales is fun. Being forced into a toe-to-toe scrap with a ‘bullet sponge’ does nothing for me. 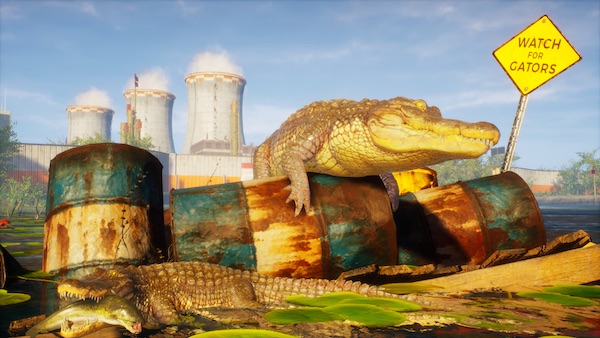 Throw it back or Mount it?

Maneater certainly offers something and having just recently completed the opus that is TLOU2, this game certainly offered a decent mix of kick back and enjoy gameplay. Not normally being a completionist the collectibles were just achievable enough to not deter me and jokes apart I am a single Boss fight away from a Platinum trophy. So that will happen.

The game is definitely fun, brave and original, it is not however a long stayer. Once its over, a return is unlikely.

It was enjoyable, but it really didn’t sink its teeth into me like I expected.