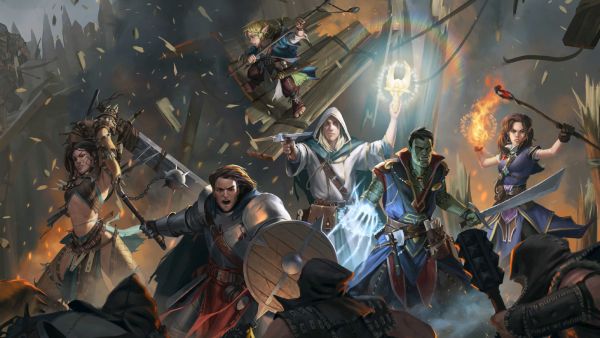 Welcome to the Stolen Lands of Golarion. You are the Pathfinder, the Kingmaker. Under the direction of Jamandi Aldori, ruler of Restov, you have the chance to make a fair chunk of these lands yours. All you have to do is assemble some companions and get rid of the Stag Lord and his bandits. Easy enough.

Pathfinder has its roots deeply embedded in the Dungeons & Dragons world. At one point the table top game was actually known as D&D v3.75 so things will feel very familiar to regular CRPG players. One of the major differences is the ability to amass land and Lord over it. This can in turn affect how the game plays out in other areas. 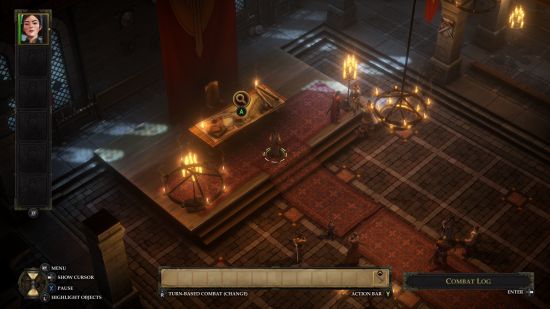 Right from the outset your decisions will have an impact. And quite a significant impact too. The make up of your party could be swayed by the decisions you make before even leaving the home of Jamandi Aldori. This adds the desire to replay the game as the opposite standing to see what the outcome is. Once these initial decisions are made you are out into the world of Golarion. Anyone who has played Baldur’s Gate, Icewind Dale, Arcanum, or even the first two Fallout games will feel at home and, if like me, have a wide smile on their face. They gameplay is as expected with some nice control alterations. The way the triggers are set up to change characters and access inventory, journal, and map screens is fantastic.

I Love Iso. Isometric View, That Is.

The best of CRPG crop have always been based in an isometric world. Some with rotating cameras, some without. I believe that the inability to rotate your view is not a bad thing at all. It allows the developers to really craft some beautiful worlds. As long as important things aren’t obscured by the scenery this is great. Owlcat Games has done a stellar job with the visuals, partly thanks to no rotating camera. I know there is a large group of younger gamers that look at games and expect hyper realistic graphics. But to be honest, if that is what you are looking for then Pathfinder: Kingmaker probably isn’t for you anyway.

Combat can either be turn based or real time with pause. With the ability to switch between the two at any time. This is useful depending on the difficulty of the battle. When facing higher level enemies turn based has a definite advantage. But with real time available it makes moving through the more mundane encounters a lot quicker. One thing that did irk me in combat was the way the camera centred on the current active combatant. A pain when it is the enemy and then you have to move back to your characters for your turn. This would not be an issue for keyboard and mouse but is pretty annoying with a controller. 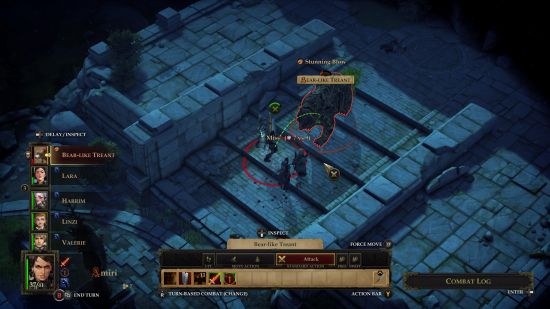 I’m absolutely loving Pathfinder: Kingmaker. Even despite a few glitches it has. The biggest problem it has? Launching so close to Wasteland 3. As mentioned so long ago, Wasteland 3 has been on my radar for ages. The time role players like to sink into these types of games means two great titles launching so close together will have a casualty. And thanks to Game Pass, Pathfinder will be the one to suffer. I will  be putting it at the top of my rainy day pile. The hours I have put in so far have been a joy and I will definitely be back. The old adage ‘when it rains, it pours’ seems to be the case for us CRPGers at the moment.

Please give Pathfinder: Kingmaker some love and attention. The slated sequel Pathfinder: Wrath of the Righteous needs to see the light of day. And bad release timing of its prequel would be a terrible reason for it not to be released. 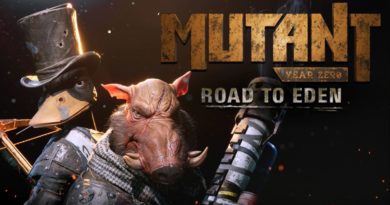 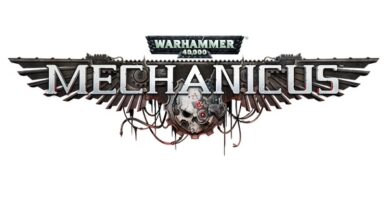