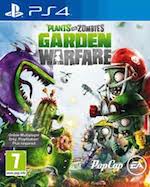 Take a winning formula in one genre, swish it up a bit and turn it into something entirely different. So, I guess the question we need to answer is this.

Does Plants vs Zombies Garden Warfare blossom like a winner at the Chelsea flower show or fall to pieces like an extra on the Walking Dead? 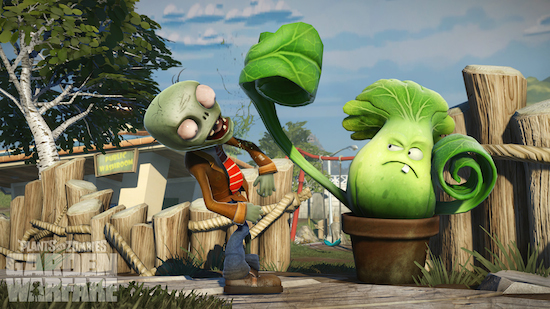 The game has turned its back on traditional Plants vs Zombies tower defence, throwing it up and letting it land on an arena based third person combat game, and it’s a lot of fun. This release on PS4 is a good few months behind the Xbox One release back in February, while not being a game that would benefit hugely by some exclusivity I believe it has developed a fairly strong crowd of followers over at camp Microsoft.

Out of the box Garden Warfare is bold, colourful and fun, retaining all the comic book style of the original the art style stays true to the game’s roots. It also throws you pretty much straight into the mix as far as gameplay is concerned and that’s not really the end of the world. Plumping for the “Welcome Mat” playlist you will be given an easier ride in terms of punishment and also it appears this is where the easiest to fill lobbies tend to reside, so connecting to a match is pretty quick and easy. 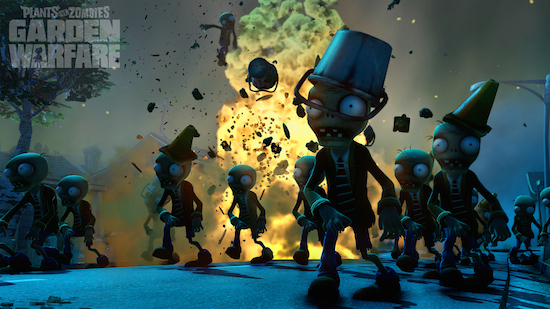 Like most class based competitive games Garden Warfare offers a fairly standard mix of characters and skills that when pitted against each other tend to play out like crazy games of Rock, Paper, Scissors. Of course the character models are also plants and zombies. The zombies are fun caricatures, shambling and limping around the maps, using their unlockable skills to gain height or gain advantages. The plants on the other hand, whether it is a cactus or a sunflower actually come across more creepy than the undead funnily enough. Dying (again) by the death-ray of a silently smiling sunflower is really quite disconcerting.

As for game modes there are plenty on offer, stock team based combat  or control games alongside a rush variant called ‘Gardens and Gravestones’ which is a lot of fun. Sides are switched every match, so experimentation with the different classes is encouraged to help players build their abilities across the board. Player characters gain unlockable skills for performing tasks in matches and customisation options are gathered from opening sticker packs for a sticker collection. There’s plenty for the completionists to get their teeth into, however in the chaos of a match nobody is going to stop and admire the tattoo choice you made on your Peashooter. 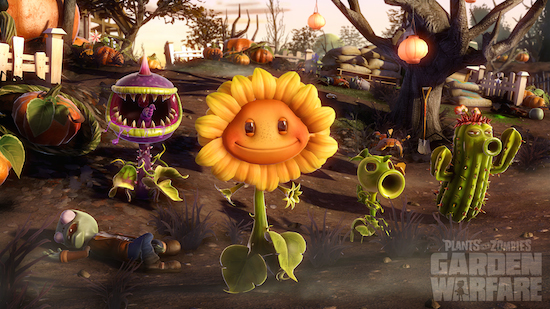 The maps are also well constructed and offer enough verticality or secret paths to keep you on your toes. The results can go either way depending on the level of teamwork that’s on offer and pulling off sweet kills is just as fun as in other more realistic games of this nature.

All in all, Garden Warfare is a lively and fun diversion, perfect for a weekend afternoon where you want to fill an hour or two. Other than that, regardless of what it does well having experienced a lack of available matches now I wonder what the community will be like in a month or so when the juggernaut Triple-A releases start rolling onto the shelves.