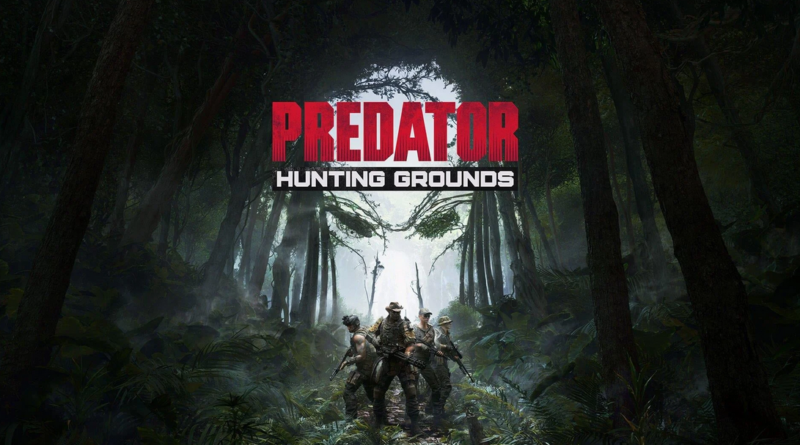 “Dillion! You son of a bitch”  is one of the many quotes from Predator, that as a kid in the 80s, has been burnt into my brain. It’s an I.P that even 30+ years after Arnie went toe-to-toe with the Alien hunter, people still know and love. Sony has just dropped an Asymmetrical shooter for both PS4 and PC, channeling the rendered essence of what made Predator bodacious in 1987… and I am torn on it. 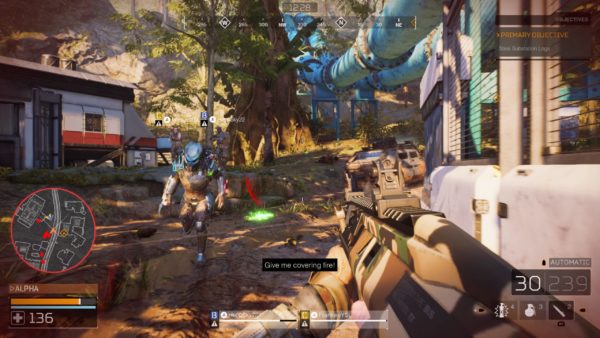 “If it bleeds, we can kill it”

Here are the nuts and bolts. Hunting Grounds is a 5 player multi-player game set in the jungles of Central America. 4 Gamers play as an infantry “Fireteam” and the 5th is The Predator. The Fireteam has objectives to complete within a time-frame. Such as scan this, collect that, hack this, protect that etc..etc… It is really just an excuse to fight cannon fodder A.I and wait for the Predator to start the hunt.

Then the real fun begins. The Fireteam has all the guns and skills of a standard shooter to try an survive. Rifles, shotguns grenades, healing stims and various perks, but Predator…He is something else entirely. 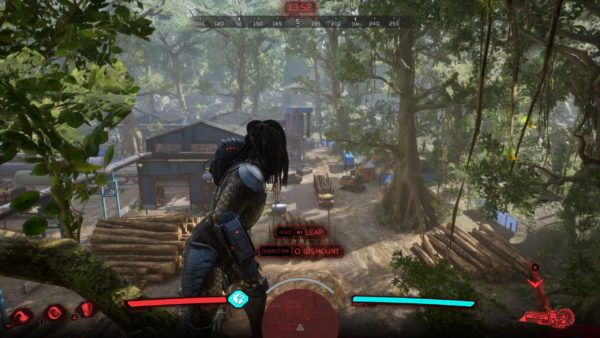 The gamer playing as Predator, has all the Predator skills from the movies and more. The domain of the fireteam is on the ground, but Predator moves through the trees and along branches like liquid death (I love that saying) and is awesome fun. Obviously his Invisibility, thermal vision, laser targeted blaster are key to this. But with some XP leveling, you can get the disc launcher and even the Predator bow.

For both sides, XP has to be earnt through kills and objectives, to improve and unlock equipment. The typical loot crates of skins and character accessories are available, as well as a selection purchasable items bought with an in-game currency. This all seems to not be fully implemented and I suspect that will come later…after the reviews have dropped. 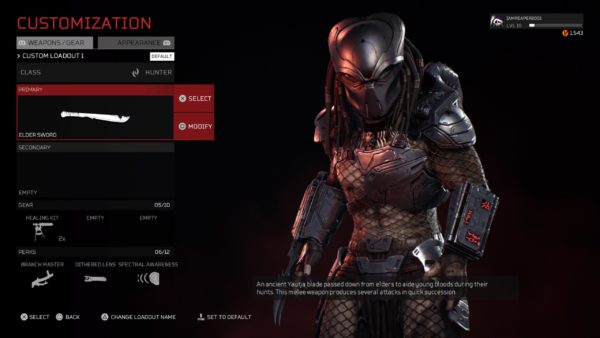 “What’s the matter? The CIA got you pushing too many pencils?”

So, on paper the games design sounds amazing, right!? However, I can say after spending a few hours in the jungle, the title feels unpolished in a big way. Which for a Sony published game is a bit surprising. Graphically the game does not impress, in fact it could easily be mistaken for a current gen launch window title. Which as I type sounds harsh, but it’s true.

The Fireteam gameplay is untuned, especially the guns. They lack punch and they feel like they have no sticky or aim assist. There are also terrible audio bugs, pop-in galore, frame rate chugs and temperamental matchmaking. There is some impressive equipment to unlock through leveling up, like Jesse Venturas Ol Painless, but looking at the levels required, I can say ‘the grind’ is real. 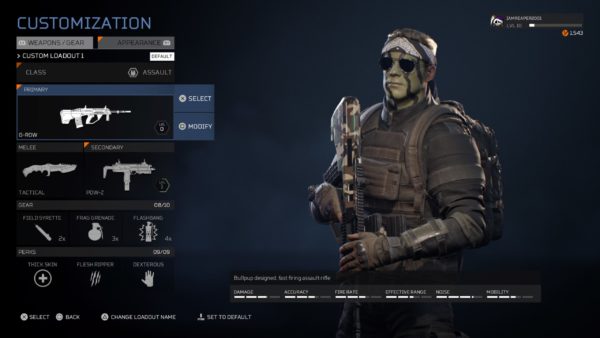 “There’s something out there waiting for us, and it ain’t no man. We’re all gonna die.”

There are moments when the game sings. When the cannon fodder A.I have stopped literally spawning in front of me. The jungle was quiet and suddenly I could hear the ‘clicking’ of the Predator in the canopy above. My heart skipped a beat. I whispered to my team-mate “He is watching us now”. THIS is what I was after. Then a shimmer of light on a branch and all hell would break loose. I found though that a good Predator was almost unstoppable. Like a good Spy in Splinter Cell Spie vs Mercs mode, our fireteam was just ripped to pieces…literally. 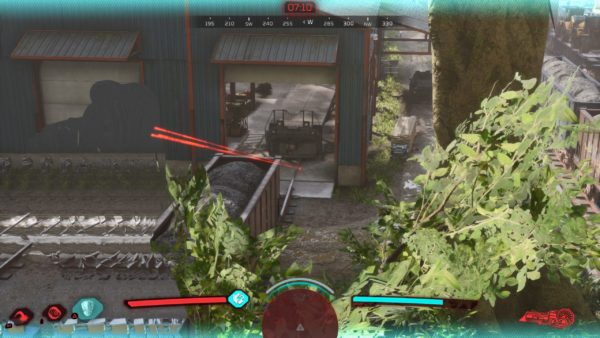 “Get to the chopper!”

Get a group of 5 mate’s together, get some beers and play an evening of Predator and I will guarantee an amazing time. It is a great idea for a game with great bones. But without that social chemistry to smooth out the experience, Predator: Hunting Grounds will be exposed as a bit ropey and unpolished.

I also can’t look past the fact that this is a single mode game with major issues that costs $70 NZD. My gut says that with some fixes and patches, and an inevitable implementation of a free-to-play model, this title could be a Twitch sensation. Left in its current state, Predator: Hunting Grounds is destined to burn out fast, like a wrist mounted tactical nuke. 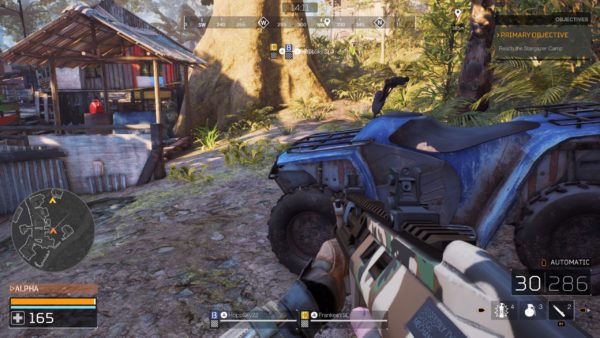