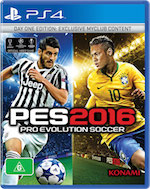 Celebrating twenty years in the beautiful game PES 2015 has something to shout about, having changed its name a few times and made various leaps in style it has been interesting to see how the pedigree has been handled.

In recent years the soccer game market has been seen as something of a two horse race, with Konami’s title generally being considered the runner up. This year however it has to be said, PES has delivered and even though it is clearly a different style of title it has bags of potential.

The big issue has always been the lack of licensed clubs and players, for some this can be a stickler and having access to a world database is something they just can’t live without. PES does however make nods to the clubs, by sticking to the alternate fantasy names seen in recent years. Although, honestly, its not a deal-breaker, it really isn’t. If I can cope with managing West Midlands Village, then it must be kind of okay. 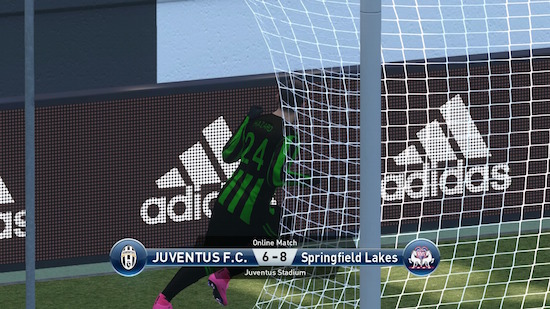 My last outings with PES were not showy or media savvy, I recall the interface being quite dull and functional as opposed to rhe Sky Sports presentation afforded by the  competition. All well and good, this time round the front end is both functional and attractive. Although some options may not leap out as obvious, there are plenty available and the colourful tile-like design can be setup with custom options, pinning favourites for quick access. 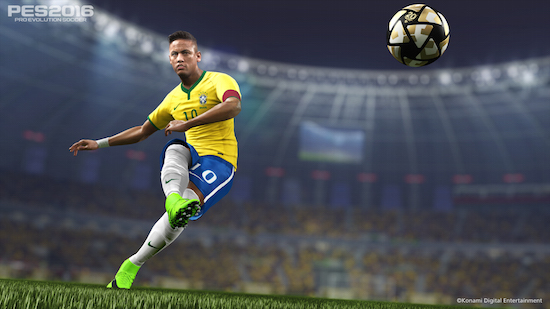 As far as gameplay options goes, the title offers everything that a PES diehard would expect and to a newcomer the choices they would expect as standard, but with a bunch of strange names. My Team allows the player to build up a personalised team while aiming for glory in a combination of offline and online modes. Something I really like in this area is sitting back and watching my team play other players teams, controlled by the PS4. It’s like playing an asynchronous version of Championship Manager across the globe. Then there are the bread and butter combination of Exhibition matches, Cup and League competitions all for playing through. Not forgetting the Master League, combining management and playing in a persistent environment. Finally the Become a Legend mode, while familar to FIfa fans as Be a Pro, I recall playing the PES equivalent way back on the N64. 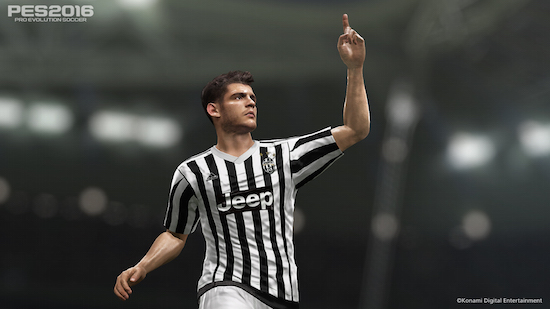 On the pitch the game ‘feels’ different, there is a weight to the players that forces the pace to drop. Where other games encourage high paced fast feet, PES has a more strategic flow. Working spaces, looking for build-up and jumping on opportunity. There is something about it that feels more connected to the game on the pitch. While this is good, there are also minor issues. AI selection of next available player often leaves me waiting in no mans land, there has been a touch of slowdown in crowded situations and there seems to be a gulf between some of the PS4 skill levels where AI teams go from being over-easy to superhuman athletes with sticky feet. 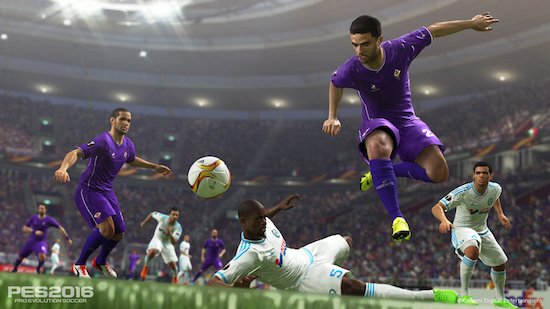 Graphically the work is sharp and even though the character models are not the best they have some excellent details applied to them. The stadiums are well represented and there are plenty of viewingangles to be tinkered with. One real disappointment is with the sound, or rather commentary. The script is limited enough that after an evening you will have heard everything. It’s reminiscent of PES on the PS2, I’m surprised there isn’t an inclusion for ‘the wind is whistling through the stadium’.

There is of course the presence of micro transactions allowing you to bolster your earned currency and make swift changes to line up or squad development. It is a fact of life these days and is downplayed when compared to other titles that make no effort to hide their ringing tills. 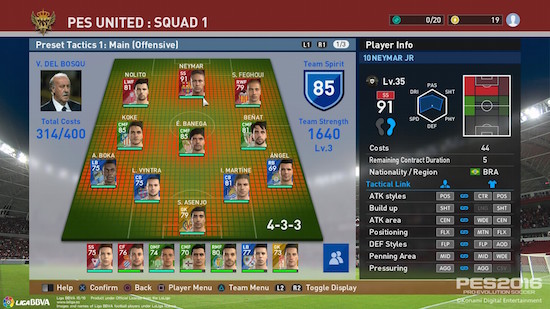 In summary, PES2016 stands up well and does exactly what it says on the tin. The devs have delivered a fitting tribute to the last 20 years of football games. On the pitch the game wins me over with how it feels and while the lack of licences doesn’t really bother me, it can always be a distractuon for the purist. Maybe it’s time to give Konami an extra time run-out.