Video games truly are the only entertainment medium which lets normal people experience first-hand, some of the most exciting a jobs around. Suffice to say, putting on the boots of a specialist Police or Military squad member and blowing in walls to rescue a hostage is not the run of the mill day for most of us. However, the new Rainbow Six: Siege let gamers have a glimpse into this dangerous world of tactical close quarters combat.

Rainbow Six: Siege is a tactical first person shooter based on the famous Tom Clancy novels. In a huge step sideways from the source material, Rainbow Six: Siege has absolutely no story or any single player campaign. Siege has left its narrative roots and become an online only multiplayer shooter, with unlocks and a levelling system taken straight from the world of MOBAs.

It’s a full retail release, that really ‘feels’ like it should be a free-to-play game as it offers up micro-transactions and XP boosters available for purchase. I’ll be honest, it didn’t sit well with me, at least at first. There are three game modes: ‘Situations’ – 10 single player practice missions that act as the tutorial. ‘Multiplayer’- A 5v5 attack and defend mode. ‘Terrorist Hunt’- 1 to 5 player team based horde mode, requiring players to either clear a map or defend an objective against A.I enemies. 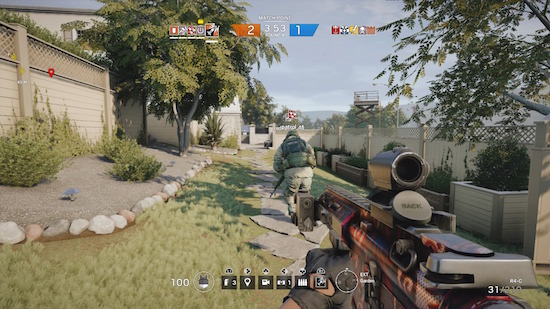 The aim of the game is to “Breach and Clear!” Easy to say, but in practice extremely hard to do effectively without teamwork. I love that Rainbow Six: Siege demands respect and some planning from the players, or the punishment is death……. without respawn! (Gasp) That’s right, the whole game is based around- no respawns in any of the modes. Within each mode the player levels XP and accrues ‘Renown’ (credits), which are used to unlock weapon improvements and more importantly various “Operators” from some of the finest tactical units from around the world.

These 20 or so Operators belong to the SAS, FBI, Spetsnaz and even the French GIGN. (GIGN were the extraordinarily brave law enforcement officers who had to resolve the horrendous events in Paris in November). Each operator is either classed as ‘Attack’ or ‘Defence’ and has specialist skills or equipment suited to each role. Attackers have breaching tools, shields, grenades and spy drones. Defenders have various sensors, extra armour, blockades and traps. Each operator looks brilliant and if used correctly have very different roles to play in a team. 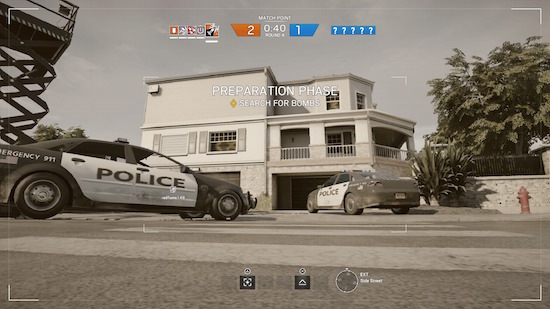 Multiplayer matches start with players choosing one of their unlocked Operatives and equipment. Then the planning phase begins. Defenders frantically lay traps, reinforce walls and put up blockades. Attackers have less than a minute to send a small, wheeled drone into the building to locate the objective. Once the match begins attackers can rappel up walls, hang upside down, blow through non-reinforced walls and doors. Defenders have to listen to footsteps and explosions, preparing for the battle that’s about to ensue. When I was lucky enough to play with a group of like-minded, tactically aware gamers, it was some of the most thrilling and satisfying team based gaming I have ever played. 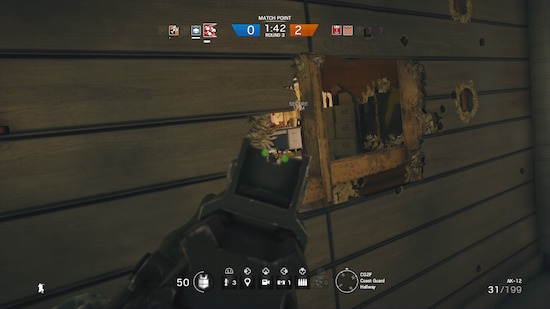 We all felt like CQB monsters, forcing entry with breaching charges and stun grenades, catching Defenders off guard, clearing the room just the elite SAS. There is no other first person shooter around that offers this kind of experience. But the shine quickly disappears when the match disconnects or the next round hangs in a loading screen for literally 5 minutes before crashing! Ubisofts netcode leaves a lot to be desired, which is a serious complaint when the game is online focused! That said patches and fixes are incoming. Terrorist hunt is a bit simpler with five players clearing a building of AI enemies. I have found that mode to be more stable in matchmaking with no crashes. 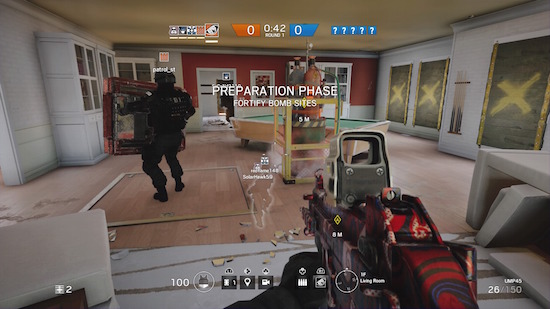 Tactical shooters tend to have a slower pace and for me, it is a nice change from most online first person shooters. Sure, at times quick decisions will save your life. But in Rainbow Six: Siege, often it’s a bad tactical decision that has put you in the situation where you have lost the advantage anyway. What sets this game apart as an online shooter is that team work is required to be successful.

Herein lies the games Achilles heel. If gamers can get a team of mates together, they are in for serious fun and probably a lot of wins. Playing with a group of ‘randoms’ can also be very successful, but it’s far from guaranteed. I experienced some great team work with gamertags I can’t even pronounce. But just as often I was playing with four other gamers, with no mics and no inclination of what teamwork is. Quick deaths and frustration ensued! 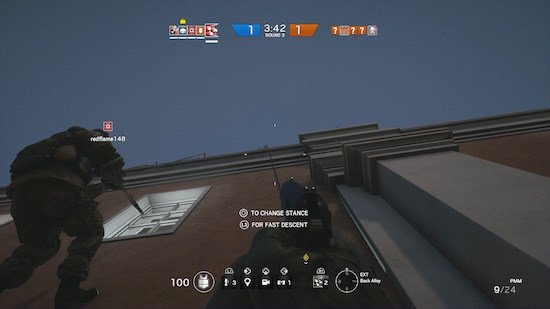 For all intents and purposes, this is an online only game. There are a dozen small maps, usually a three storey structure and no matter the mode, the objective is just a variant of attack and defend. This game design forces conflict between the two teams usually in the few rooms around the objective. More operators AND maps are coming later in the year…for free, hopefully more mission types will also come. The few tutorial missions in ‘Situations’ let new players experience each Operator in situations best suited to their skillset. In fact the first 3-4 ‘Situations’ must to be completed before Multiplayer and Terrorist Hunt will even unlock. I understand the reasons for this, as most run‘n’gun gamers could miss the subtle mechanics at work in Siege. 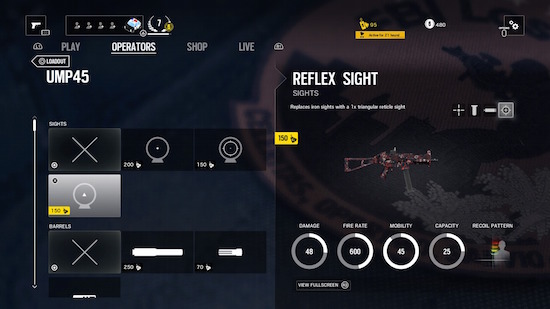 Sure the Operators have some cool kit, and the beautifully detailed and customisable shotguns, assault rifles and machine guns are all designed to make gamers feel like bad-ass close-quarters combat operators. But the star of the show is the destructible environments and the exquisite sound design. Breaching charges aren’t just for doors. They will blow holes in walls, floors and windows, to make what looked like a fairly secure room, look like Swiss cheese by the end of a round. Almost every surface that looks like a bullet would go through, probably can be shot through.

This introduces an important real-world tactical assessment all gunfighters use. Is there cover here, or just concealment? They are two very different things. I love this element of the game, as it demands players attention. Blowing a window in, then sprinting down a hallway looking to ‘speed-scope’ Call of Duty style, only results in the wonderful sound design, giving your position away and result in being shot through the plasterboard wall by an unseen defender. 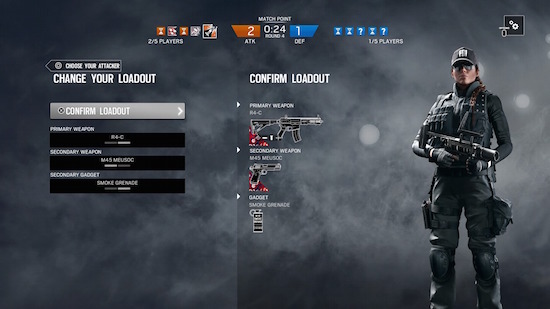 Now, I have avoided the whole discussion around this game cutting pretty close to home with respect to the recent events in Paris. The question could be asked – is it in good taste to have a game that in some ways trivialises the terrible effects terrorism is having on our world. So, viewed in a vacuum of just entertainment, I really want to whole heartedly recommend this latest outing for Rainbow….but here comes the BUT. There is just not a lot of content on offer, even less if you don’t play online. In fact, without the online component gamers should not buy this game, there just isn’t enough to do. If you do game online and can look past the somewhat unstable multiplayer servers, this wee game offers something with a lot more ‘smarts’ than a CoD or Battlefield.

Ubisoft have found that sweet spot between tension and action and created my favourite shooter of the year.