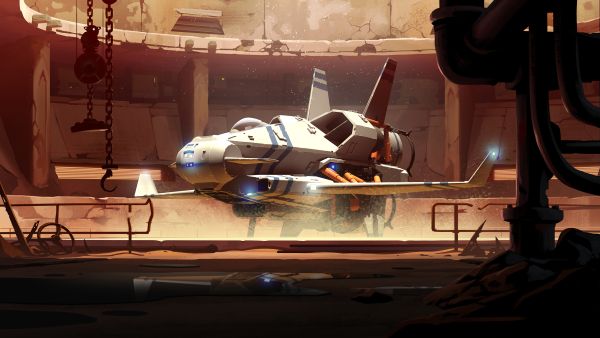 Elite, Wing Commander: Privateer, and Freelancer are games I grew up with and still have fond memories of. Many have tried to recreate, or even reinvent, the open galaxy space trader mercenary game (No Man’s Sky) and many haven’t quite hit the mark. Take the stage Rebel Galaxy Outlaw.

Well, all hail Double Damage Games, they have nailed it, really, really nailed it.

I immediately felt at home in their Sci-Fi Cowboy-esque  space epic. It is as deep as hell but super easy to get into and with plenty of distractions thrown in on the side. Considering I played 8 Ball on a Space Station for an hour before I even had my first space flight, you can feel the love put into every element of Rebel Galaxy Outlaw. 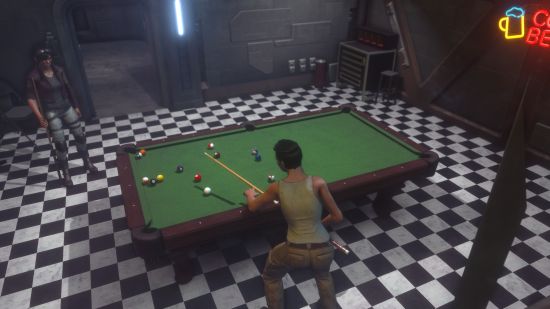 You play Juno Markev. A down and out pilot clawing her way back into a decent standard of living. How you do this is up to you. Stick to the trade routes, and run courier jobs across the galaxy? Run rescue missions and aid the local law enforcement with bounties and protection of traders? Or maybe go down the smuggler route and become an outlaw pirate of the stars?

But it doesn’t have to be all black and white now does it. You can do what you want whenever you want. Sometimes that need for some quick cash can make that illicit contraband run worth the risk. Of course if you like getting caught by the Police will cost any brownie points you have accrued with them… 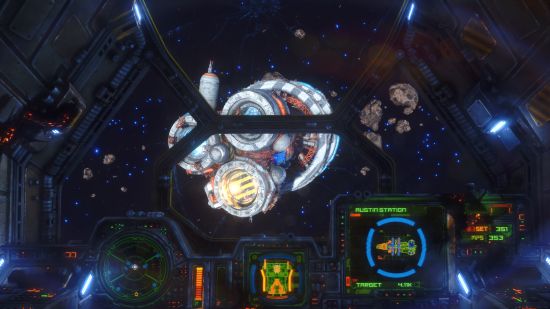 And you are going to want plenty of cash because there are a ton of upgrades and components for your ship, and you can also purchase different ships. Something you will want to do after you see what’s available, then go back to your crusty old bucket of bolts. This ship upgrade will need you to put in some time though. Especially if (like me), you have to spend your hard earned money on repairs and ammunition. Picking fights with that ‘I can take them’ attitude requires a tooled up ship.

Even if you run a clean ship you can still find your money just ‘disappearing’ thanks to all the gambling that has taken hold across the galaxy. Pretty much every bar you enter will have some way for you to lose money, whether it be 8-Ball, Slots, or Poker Dice. Some patrons may even be willing to play for more than money. 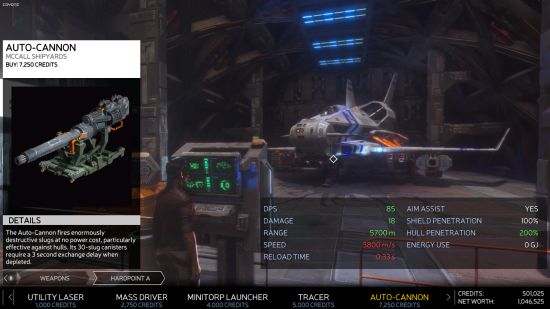 Under the hood Rebel Galaxy Outlaw has a lot going for it. It plays well and has some great lock on features the make combat a bit easier for those who need help, like me. This enabled me to concentrate more on the bigger picture and not feel let down by my ageing reaction time. To go above and beyond Double Damage Games have include a swathe of ship customisation options. All the way through to being able to export a file to 3D print your ship! It seems 3d printers do have a use after all.

The visuals, while not leading edge, are great and really do the game world justice. Thanks to this I was able to run the game at Ultra settings across the board on my old PC, which is awesome considering the number of games that won’t run on it at all these days. The visuals are backed up by a massive playlist of over 20 hours of music. All of which is nicely arranged in to radio stations for your listing pleasure. The lions share of this music I haven’t heard of, but there are some great tracks and I have found myself looking up the artist to add to my real world playlist. To make life easier for streaming without injunctions, the music is over 90% licensed. 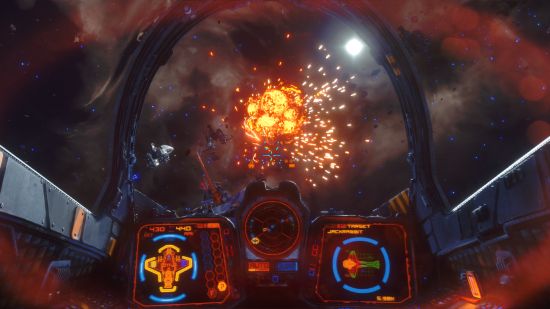 Rebel Galaxy Outlaw is like returning home to your parents place for Sunday roast after living abroad for 20 years. Familiarity envelops you instantly, but Mum has a clever new oven. While Dad is offering you a fancy local craft beer instead of Double Brown. It’s a happy place where you will just want to slide onto the couch with the TV remote. Just like the good old days.

Get a comfy chair, you will need it. There are no doubts this absolute gem of a game is a Hell of a time sink.