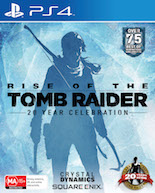 20 years with Lara? Sounds like a long time for a cultural icon that is right up there with Mario and Sonic as somebody your grannie would recognise. The PS4 version of Rise of the Tomb Raider is 12 months behind the Xbox and PC versions thanks to some silly men in big suits with big money. However the upshot is that the PS4 gets the game bundled with a whole heap of bargain.

Touted as the 20 Year Celebration version, RotTR comes bundled with a few new modes and all the DLC that accompanied the season pass, which is nice. Not forgetting a pleasant stroll around Croft Manor in VR, should you be lucky enough to own such a device.

Picking up the narrative and character arc from the excellent Tomb Raider reboot from three years ago we find ourselves guiding Lara through a snowy Siberian adventure, tussling with the mysterious goons of the mysterious Trinity as she races to Raid some Tombs and seek out the Lost City of Kitezh. 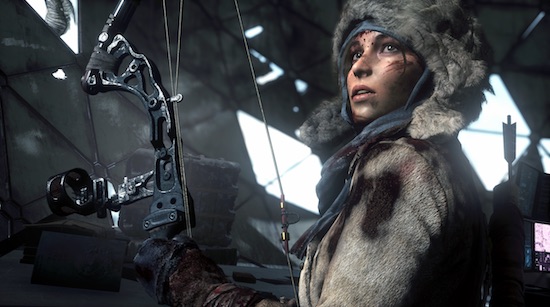 And what a journey, the narrative has taken a leaf from Nathan Drake’s notepad, throws in a few timeline jumps and backtracks a couple of weeks before the dramatic opening sequence. All well and good, what the game does well is give us stunning cutscenes to look at and some mystical ‘stuff’ to try and keep up on. While cutscenes do not feel overlong you’ll find yourself glazing over to marvel at Lara’s hair. Strands flow over her head and shoulders, the iconic pony tail bobs and weaves to her every motion. Its stunning programming and a ridiculous use of developer’s time to put in place, but oh so worth it. I can only imagine Vidal Sassoon will be chasing this digital Lara for their next campaign.

Essentially the game mechanics haven’t changed much, with camp fires being the Souls-like stop off for saving and upgrading your skills. The Skill tree is split three ways for combat and navigation upgrades, it works and lives by your actions in game to build the experience, but essentially you’ll want a bit of everything rather than go Stealth over Combat. To do that you need to be nosey and seek out all the nook and crannies that the game hides, given the size of the hubs it hides them well and certain areas are always locked out due to a piece of equipment or skill being just around the corner. 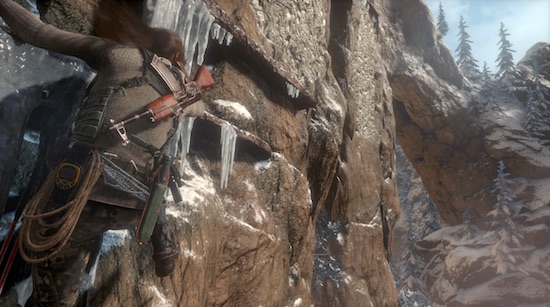 The levels are stunning and full of paths, verticality is often the favourite as hanging around in high trees waiting to drop stealthily onto unsuspecting Trinity Goons is great fun. It makes you feel like the predator that Lara became by the end of the first game where she  learnt all those great skills that she appears to have now forgotten. I on the other hand  have not forgotten her quicktime events, that pop up during critical encounters where slow or curious fingers find themselves exploring any number of grisly endings for Lara. 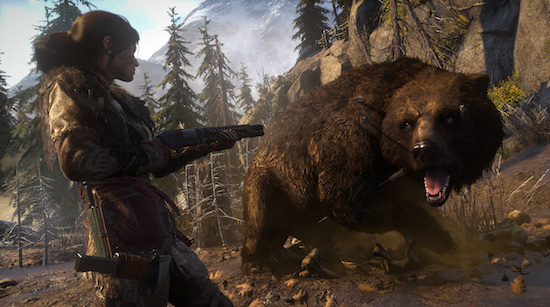 All in all, by following the story along the path of least resistance you will miss much and not learn enough skills to handle the endgame comfortably. Thankfully I can’t help myself being a well labelled kleptomaniac nosey parker when it comes to games like this I’m spamming the Tomb-Vision constantly and seeking out trinkets or challenge tombs as I go. Combat gets better as you progress, starting off with a basic bow you can still be handy, the ice axe melee combat is limited to spacing until you skill up a little, however its the gun combat where the game falls down, again. Clumsy aiming is the most critical issue, mostly on the move whereas the cover mechanics work well. Avoiding combat with stealth takedowns is plenty of fun and a great spectator game, but you have to wonder at the lack of AI sometimes when bad guys don’t notice their buddy suddenly vanish into a small bramble bush. 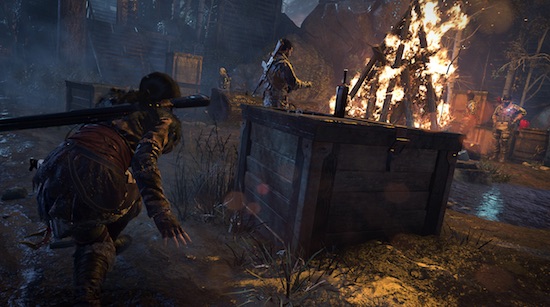 As far as add-ons and extra mode go, the VR walk through of Croft Manor is  a pleasant diversion and a nice touch, the Endurance mode is a fun way to spend some time kind of a take on Don’t Starve with very nice graphics. Whereas the combat heavy zombie mode feels lightweight in comparison. There are also cards to unveil, gained from completing actions or even just booting the game up, each of these cards offer buffs that can be played to enhance your challenge or scoring in the extra game modes. Not sure if it will have legs like Lara, but it’s a diversion that hits a current trend. 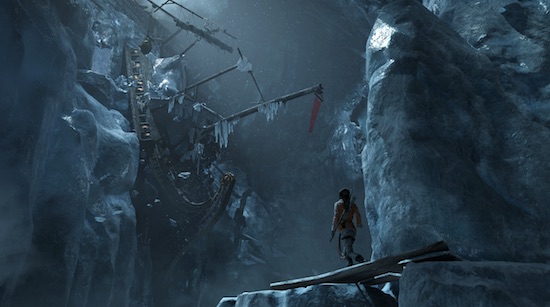 This version notably comes with all the season pass DLC too, so extra adventures like Baba Yaga – a spooky level as ever there was are here for enjoyment along with a huge array of costume and model changes for Lara some of which add some valuable skill buffs that may or may not suit your play style. 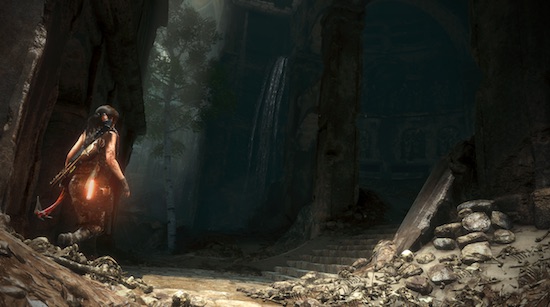 Overall, Rise of the Tomb Raider is another terrific step in the reboot of a classic franchise, the bonus content alone makes this an attractive proposition. The story is pure hokum, but the voice acting hits the mark and the cutscenes are enjoyable. Environments are varied enough and some of the weather effects are spectacular, not forgetting the way characters behave in their world. Lara shivers in the cold, she reaches out to warm her hands involuntarily, reacts to small gaps in a natural way and all this with glossy, perfect, bouncy hair.