For the most honest opinion however, I have to use this quote from Darren Price, aka Vic B’stard “I think it’s an FPS for old fuckers, makes a nice change from twitch gaming.” Well said Darren. 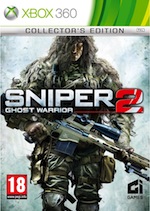 It seems that every shooter fan has a hankering to be a Sniper, who wouldn’t? In an age of grand set pieces and sprint paced twitch shooters its good to see City Interactive bring something to the table that is, well, a little more sedate. I also have to put my hand up and admit I missed out on the first Sniper game, something that I may have to fix considering the time I’ve had with this one. 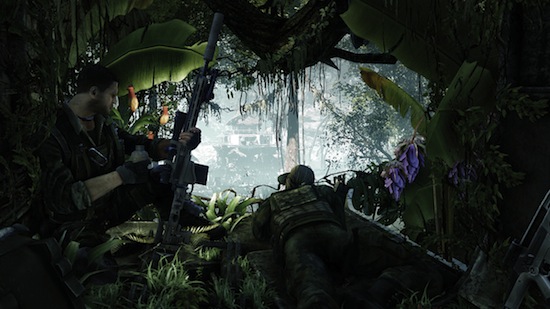 At first I had concerns that the game felt too much like a shooting gallery, with dodgy AI and limited map space, but as you progress the reins loosen enough for those concerns to fade away. The narrative progresses in a typically modern FPS fashion, lurching into flashbacks to establish the story and building on your camaraderie with your spotter. The gameplay pace shifts up and down depending on the situation or mission in hand, whether employing stealth to sneak around or being forced into standup fights, there are also the set pieces played from an established overwatch position. This gives you shifting objectives and targets to remove while covering a ground team, thoughtfully constructed and never over long they are generally an enjoyable diversion.

The business end of the game is in the shooting mechanics, the brand is established on realistic ballistics and weapon behaviour. My limited knowledge would have to accept this, in reality there is more to hitting the target than a CoD style double pump of the left trigger. Wind, distance, bullet drop and the environment all play a factor when trying to place a shot, thankfully in two of the three difficulties there is a target assist reticule that pops up to show bullet placement. This is invaluable and it would take considerable practice to attempt the game without it, sometimes even the most simple looking shots have considerable drift to account for and if you snap rather than squeeze the trigger you might find yourself way off mark. Once the shot is in flight it can be perhaps too satisfying to watch it all the way home, when you should be seeking the next target. Of course there are plenty of times (generally once the last enemy is dispatched) when the game takes over and adds a dynamic kill-cam shot to glorify the kill, slow motion bullets drilling into hapless goons. All well and good, but the results are quite ‘samey’ soon becoming old news. You are also restricted to your own weapons, there’s no picking up an AK47 when you have a perfectly good rifle over your shoulder and getting into an up close encounter with your pistol is generally a bad idea. 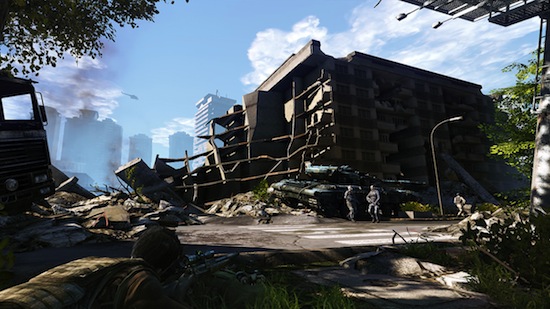 Visually the game is very good looking, using the Cry Engine it stacks up well amongst its peers, sound is also impressive, hearing the thwack of an off target shot near you can be chilling.

As a single player experience Sniper2 delivers something different, it is a particular change of pace from normal shooters and I applaud the developers for bringing that. I would however have enjoyed it more if the game was less funnelled, less constricted and had less enemies. I had expectations of a game with wide open maps, where patience and slow progress are rewarded. A game where only a handful of kills were required, rather than cutting a swathe through this army of cookie cutter bad guys. Who incidentally must be deaf to the crumpling of bodies around them. There is of course the Siberian  DLC releasing this week, which does address some of these concerns, it will be worth a look to find out by how much though.

For me the jewel in the experience lies with the multiplayer, but to be honest it is poorly supported. There are only two maps at present, apparently no customisation other than picking a different rifle and dreadfully slow lobbies. However, the game, a straight up deathmatch is often a game of cat and mouse with extra adrenaline. The maps are basically two opposing camps separated by a divide of some sort and the two teams creep around each side looking for the best position to snipe the enemy. While a twenty minute match may only yield a handful of kills, they are incredibly satisfying watching an enemy sniper crawl through the dust, waiting for the best shot on him before you let loose can be a pressure situation. Especially if you do not realise another on the opposite team has you in their sights. 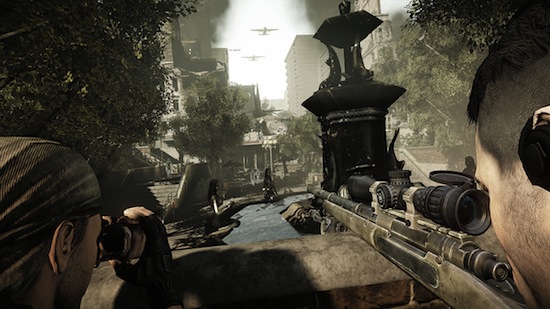 Of course there are players that do not have the patience to enjoy the game as it is designed, and they will constantly traverse the bridge to run amok behind enemy lines. All well and good, but they are most likely the players that insist on being wookies in games like Battlefield, bucking the trend to be different.

In summary, when it works the online game is something cut down, basic and really satisfying. It needs to be supported by the developers or it will sadly fade away to obscurity.As an overall package, look through any initial concerns, enjoy the narrative and practice holding your breath. I like Sniper2 and I’ll be coming back for a second run through when things get quiet.