Your friendly neighbourhood Spider-Man has had a new movie released, so prepare yourselves gamers, for the inevitable video game tie in. 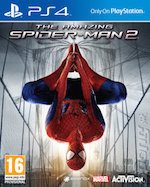 The Amazing Spider-Man 2: The Video Game, has only minor narrative connections to its theatrical counterpart, so Canadian developer Beenox was in a great position to make their seventh ‘Web Slinger’ game very much their own. The Amazing Spider-Man 2 has been released on pretty much every platform on the market, from the 3DS to the next-gen consoles like PS4, which is the platform this review is based on. 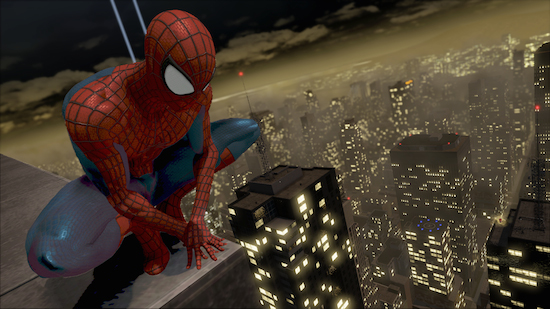 The Amazing Spider-man 2, is a 3rd person, open world game with a focus on melee combat and features some minor RPG elements. Set in Spideys beloved New York two years after the death of his Uncle Ben. The story moves from trying to find Bens killer, to chasing “The Carnage Killer” and eventually battling various Super Villains to stop their maniacal schemes. Unfortunately, as far as narrative goes it’s a blur of poor writing, forgettable characters and droll one-liners. The obligatory inclusion of Spider-Mans creator Stan Lee occurs early on, as he owns Peter Parkers favourite comic book store. Stan even has the nerve at one point to lament the passing of Uncle Ben……….Who’s really to blame there Stan!?

An open-world New York City is the stage for the game. Creeping day-night cycles and changing pedestrian density on the streets should have been features culminating towards the realisation of a thriving city. But minutes into your web-slinging adventures it quickly becomes apparent that the game lacks a huge amount of graphical detail for a 2014 title. Traffic sits stationary at intersections, lifeless drones walk the pavement in limited numbers and the city lacks any real personality of its own. One downtown area of “The Big Apple”, is impossible to tell from another. 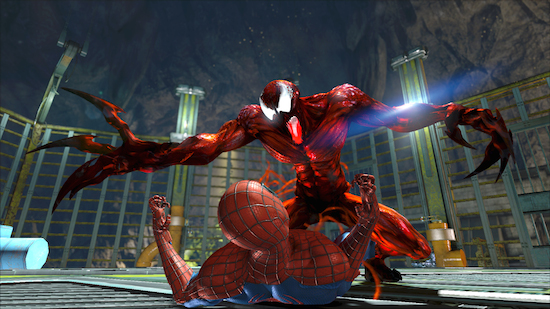 If the 3rd person camera behaves itself, Spideys locomotion through the city is actually wonderfully slick. Simply controlled with alternate Left and Right trigger pulls. Swinging above the streets in the contorted aerobatic style that Spider-Man is so famous for, is pure fun. In the many bitter-sweet realities of this title, once he swings to a mission waypoint, a cut scene plays and the open world is ripped away. Spider-Man is put into what can be quite large arena battles, which focus on beating up enemies while completing some sort of task. Obligatory boss battles follow and frustration ensues. Aside from their huge health bars, the ‘tip’ button prompts on-screen are miss-timed to the action and it takes a few death animations to figure out that they are best ignored. 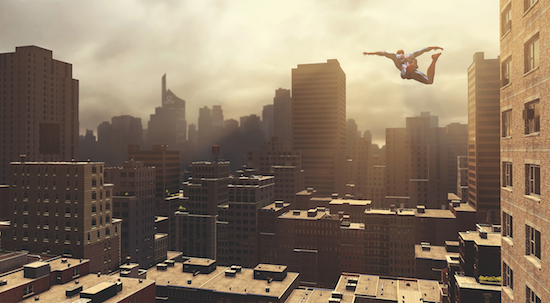 The Batman Arkham Series has forever changed this genre and has set a very high standard for super hero titles. The Amazing Spider-Man 2 has certainly attempted to draw on these ideas. Most campaign missions start with the ability to crawl over walls and zip between vantage points using spider-sense to plan attacks, then quietly grab armed thugs with stealth takedowns……sound familiar so far? When the hand-to-hand melee combat begins, it is a combination of ‘attack’ and ‘counter’ button presses to build a combo meter….check. XP is gained through combat and collectables to be later spent on various upgrades…..check. Granted, it all sounds very similar to Arkham, but unfortunately that is where the similarities end. The stealth sections are marred by the constant battle with one of the worst 3rd person cameras around and truly abysmal A.I. The combat turns into a button-mashing fest, as it lacks any of the precision and ‘combo rhythm’ the Dark Knight games are famous for.

Outside of the core campaign markers, the city offers rescue missions or crimes that need the ‘Web-Heads’ special skillset to resolve these are a nice variation but are the classic rinse and repeat to get the obvious XP pay-off. On occasion Spider-Man also takes off his suit and Peter Parker completes photography missions, conversations with NPCs, or tails ‘bad guys’ to get information of the next story mission. These are certainly a change of pace, but can’t help but feel like dull filler. That all said, my 9 year old son thought playing as Peter Parker was brilliant…..so what the hell do I know! 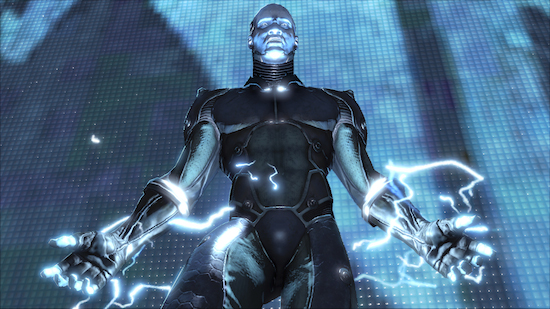 Even with the power of a PS4, The Amazing Spider-Man 2 at times looks like a 360 or PS3 launch title. Even though there has been a lot of love put into Spider-Man himself, in both his in-game animations and the various unlockable costumes and the lighting can look rather sharp at times, overall the lack of fidelity and open-world ‘life’ is hard to look past. Most PS4s have likely had beautiful open-world titles like, Infamous: Second Son and Watch-Dogs in their drives of late, and they are in a different class. The game tries to relay Spideys emotions though flailing hand gestures in the cut-scenes and he comes off looking like a tweaking marionette as opposed to a crime fighting force.

Spider-Man was on the cusp of something here. The swinging mechanics are tricky to learn, but a lot of fun when they work. The developers desire to use ideas from the Batman games was the right choice. However I suspect limited time, limited money and corporate pressure to get a movie tie-in game out to retail, has caused shallow open-world features, the lack of any meaningful narrative and sloppy combat mechanics. The game has flashes of fun and I suspect younger gamers will still have a blast. But it cannot be escaped that the Amazing Spider-Man 2, is a mechanising cash-grab and not the much needed revitalisation of Spideys gaming chops.