Now the fuss and bother around the Playstation VR has come and gone, its a good time to take a look at the launch games that landed in the post this week.

Having had a restrained launch myself I was excited to see what Rush of Blood had to offer. I had seen generally underwhelming comments dandied around and to be honest it was a wrench for me to put the disc into the PS4.

However, its actually a lot more fun than I was led to believe.

Being a truly on-rails shooter (jokes aside please), the narrative finds a weak and flimsy way to throw you into a series of macabre fun fair rides that border between impossible and insanity. As protagonist you sit in a single seat roller coaster car, with an arsenal of weapons in each hand and a heady combination of freakish nightmare creatures to destroy. It’s brutal, bloody, sometimes makes you jump and buckets of fun. 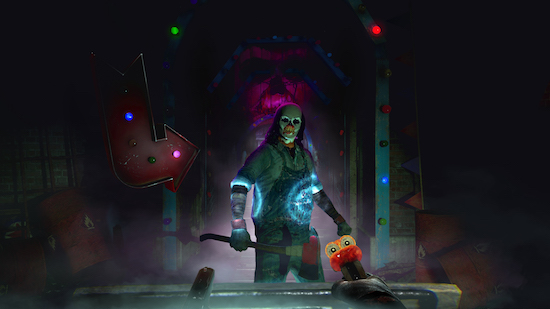 Taking the Until Dawn franchise name the game offers a few shocking moments, but it s much more Hammer Schlock than refined fear inducing experience. I stopped listening to the waffling narrative pretty quickly, it’s all about exploring the relatively short levels and enjoying that thrill of ‘one more go’ before bed.

Rush of Blood scores well on moments, parts of the experience that are designed to make you jump – like the time you lean forward and a host of spiders crawl up over the cart front or look up to a noise and see a spider the size of a house wandering over the roof. They are also moments that are not particularly overused, the theme sees some characters popping back in for a bruising and there are multitudes of foot soldiers, but you don’t feel cheated in a cookie cutter way. The environments of the levels are dark and shadowy, but with plenty of variation. The pig level in particular tends to stay in the mind for a while. 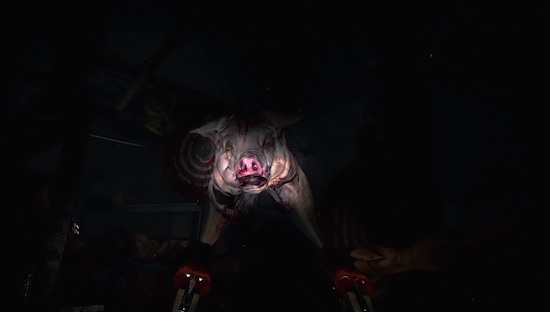 Something I had not seen in previews were the actual roller coaster sequences, the cart moves pretty well and doesn’t throw any nausea at you, while it generally moves at a sedate pace there are times when the tracks are making impossible drops and twists that are actually good for a quick buzz.

Levels also have alternate pathways which open up by shooting a small target, its a nice touch for the completionist that wants to find all the collectively stuff. 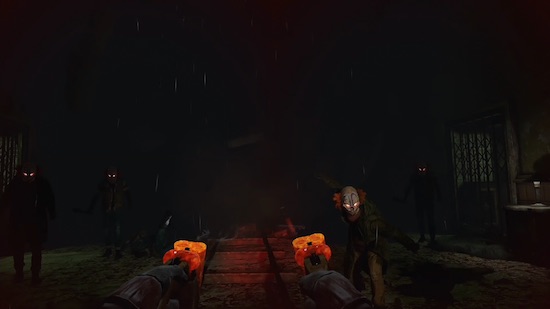 Weapons vary from Uzi, pistol, sawn-off and explosive, they feel great and glow red when empty forcing you to reload and that’s my undoing, forgetting to reload the small magazines in the middle of a frenzied shootout. Handling is good and as long as you have calibrated the Move Controllers well they complete the suspension of disbelief.

Once you’ve been through it a couple of times there won’t be anything else to see, but its a nice title for showing of to the non-squeamish and is certainly worthy of being considered a game rather than experience or demo. 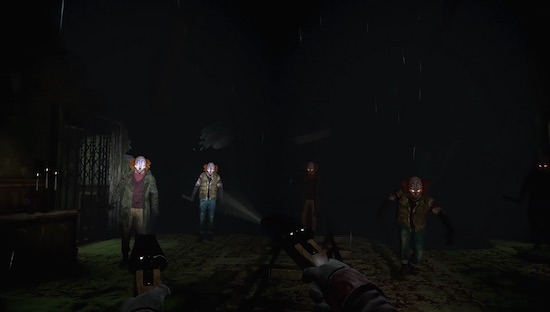 For me VR games have to win on three levels.

Rush of Blood hits all three for me.