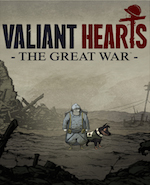 Next year it will be 100 years since the horrors of The Great War took place across Europe. Over 9 million combatants dead. And did the world learn from this? Nope, 20 years later we organised a sequel! Bloody mankind, you have to wonder sometimes.

Anyway, after the slew of games based on the horrific events of war comes Valiant Hearts. A side scrolling puzzler with a leaning to actually teach players historically accurate facts, while enjoying a great game in the freedom and safety given to you by the men and women who were killed in the war. 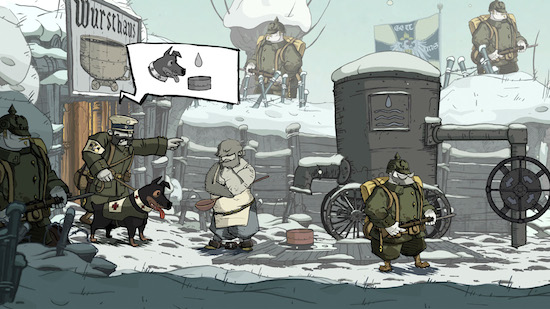 Following the stories of different people from the the outbreak of World War I, Valiant Hearts has you questioning the rights and wrongs of war and even how blurred the line of who the enemy is can be. The story telling is beautiful, interweaving the different characters and having them come together in a friendship that only adversity can bring. The story is told visually and with minimal voice over. This really works and helps portray the language barriers that there would have been. By not pushing the boundaries with the graphical style, the visuals are simply a smooth and flawless cartoon, it seems even more like an interactive storybook at times. 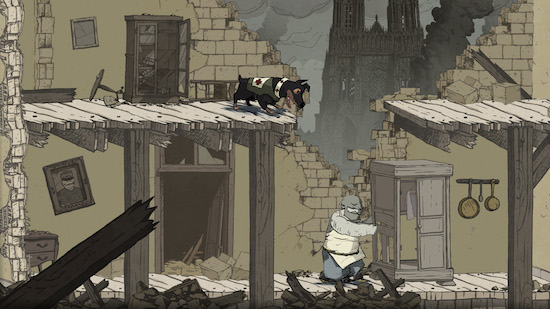 The puzzles that make up the bulk of the game are well thought out and range from really obvious right through to ‘how the hell do I do this?’. They all make sense when solved though. Just ensure you pay attention to the on screen prompts from various characters. The two other styles of gameplay are stealth sections which have you hiding behind objects to avoid being spotted or shot while getting from point to point. And a rather fun driving section which has you avoiding bombs, roadblocks, and other vehicles. All the sections are well done and are never to long to avoid the feeling of repetition. 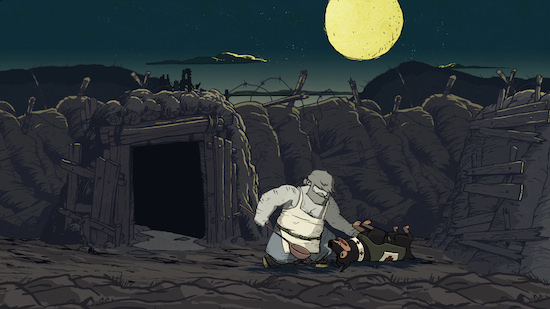 Completing objectives and collecting objects scattered through the landscape unlocks snippets of historical information which I found really interesting. But for those who have very little knowledge on the First World War, much of this information will help flesh out and explain scenes in the game from a historically accurate point of view. With such a wealth of knowledge included in Valiant Hearts it could almost be classified as ‘edutainment’. I certainly found having our 7 year old boy watching me play a rewarding time as he asked questions and we could look at the information given to us by the game. 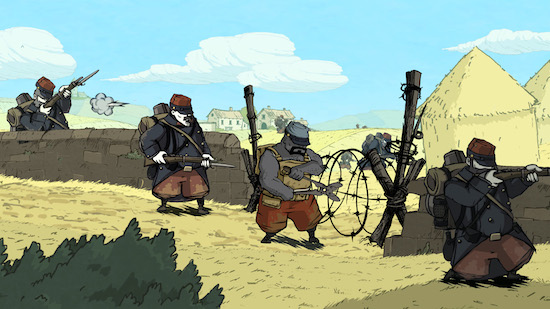 Valiant Heats isn’t a huge game, nor is it going to be known as the latest graphical benchmark or next great puzzler. What it does achieve is the telling of a beautiful story, with engaging characters, in one of the worse periods of our history. And the best thing about playing Valiant Hearts, well, you may even improve your knowledge on World War I, The Great War.