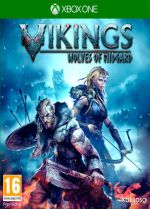 I love when a great game slips right under the radar and surprises you. Even more so when it is a genre you really enjoy. Vikings – Wolves of Midgard, an action role playing game from Games Farm, has done just that. And having just watched all four seasons of Vikings on TV, I am well primed for this adventure.

Unfolding from a central hub that is your home village, you embark on a series of raids to obtain various goals and to unite the tribes against a greater evil. Once each area is united or conquered you can revisit it in the form of a hunt, with the goal of killing a set number of animals or monsters. It is a format that works and with the ability to return to areas, missing out on gathering collectables during the original raid is no longer a game killer. 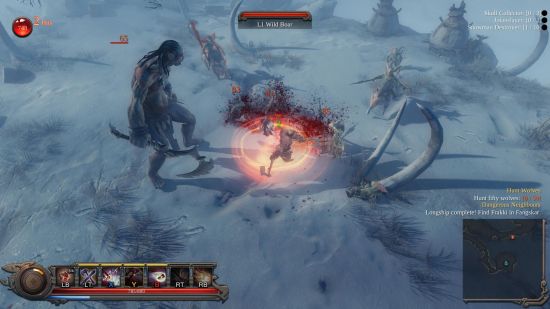 So anyone who has played the likes of Diablo will be familiar with the play style of Vikings. It is a lot less frantic than Diablo but just as much, if not more fun. Levelling up allows you to put points into various skill trees with each of the five trees being useless unless you wield the right weapons. So increasing your health in the dual-wield tree is lost if you equip a bow.

What this basically achieves is to have you concentrate all your time into one skill tree, hence, one fighting style. This is by no means a bad thing, maxing out your attacking skills not only looks cool but is essential in some of the harder battles. Admittedly it does suck when you find a legendary weapon for a style you aren’t using, but I guess that is no different to most games these days. 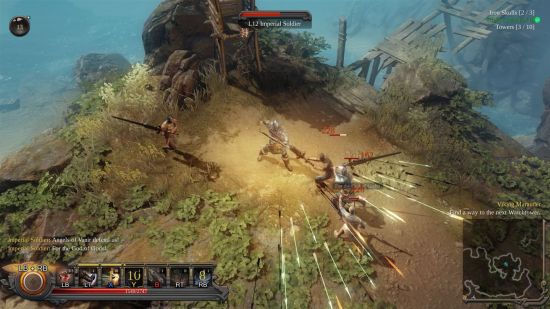 The use of Norse Mythology means a huge amount of weapons, enemies and gods will be recognised by many players. Lets face it, who doesn’t want to wear Odin’s Armour while wielding Thor’s hammer, Mjolnir. And for anyone who has watched the TV show, Vikings, there is many subtle nods in its direction, from hair styles in the character creation to names of NPC’s.

It is a beautifully crafted world, even if your home village is a bit sterile having only minimal interaction with craftsman and traders. Although your craftsmen can be upgraded when you find certain artifacts which allow them the craft more powerful items for you. And as is with many ARPG’s you will find yourself not wanting to replace that Legendary item with a normal item even though it has better stats. 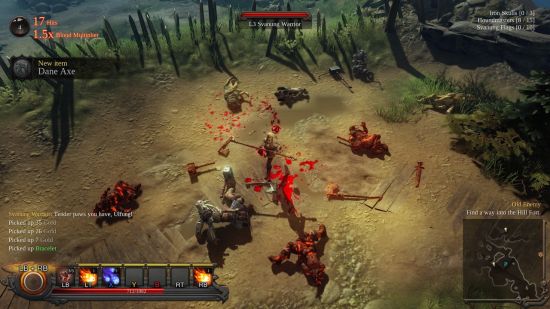 Although the majority of your time will be taken up with the slaughter of basically anything that moves, there are some interesting puzzle elements to deal with in some areas. These will usually lead you to a part of a great weapon or armour piece. So keep your eyes open for markings or signs because one gateway puzzle in particular really did my head in.

But in saying that, I did also encounter a nasty bug which wouldn’t allow me through a cave entrance, thankfully this was only when revisiting an area for a Hunt and did not happen again after returning to the village and restarting the Hunt. There are also some bugged achievements, annoying but not game breaking. 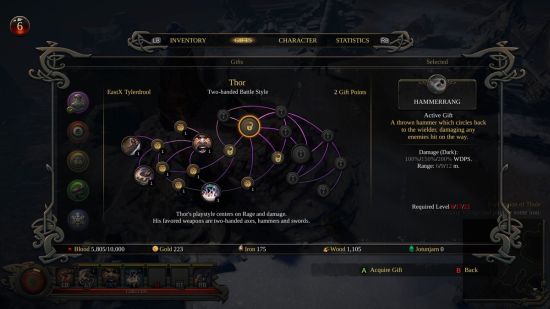 Another twist in the exploration of many areas is the use of elemental affects. With the likes of cold temperatures forcing you to seek out a fire to warm by or poison gas meaning you can’t spend too long in certain areas, it forces a little bit of urgency on you in some areas. Not to any level of frustration but enough to keep you on your toes. And of course skills and equipment can help extend your time in many of these nasty areas.

We seem to be getting a bit spoilt with isometric RPG’s and ARPG’s recently, which is a good thing. Although still not ideal to control without a keyboard and mouse, many issues have been well sorted allowing you to really get the best from the game.

Vikings – Wolves of Midgard really is a great wee surprise. I’m loving it. And with around 30 hours in it so far, I feel I still have some way to go. Maybe I am still in a Viking phase after the TV show but whatever the reason, I’m hooked. Even if my Viking warrior is starting to look more like a heavily armoured Crusader.

Well worth the purchase by anyone.

One thought on “Vikings – Wolves of Midgard Review (Xbox One)”