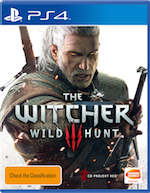 The Witcher 3 is shaping up to promise a hell of a ride now it’s official Feb 24th 2015 release date has been confirmed. The latest cinematic trailer shows the White Wolf back in full swing along with a buffet of stunning graphics to swing your swords through.

Not only is the game looking fantastic, but there is quite an astounding collectors edition on offer for those that don’t enjoy hoarding their treasure. Check out the full details of the special edition after the break, but first here’s the picture to dribble over and the latest trailer.

“Behold, the Collector’s Edition of The Witcher–over two kilograms of the most badass monster slayer, ready to bring your desktop figure collection to a whole new level,” said Adam Badowski, Head of Studio, CD PROJEKT RED. 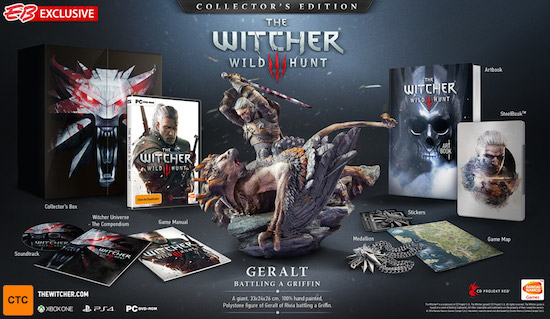 The Wild Hunt Collector’s Edition brings Witcher fans the fruit of our hard work and passion–what we think is the most artistically complete game figure ever made for a collector’s edition of a game. Forged of supreme-quality materials and containing exclusive content straight from the developers, The Witcher 3 Collector’s Edition is every Witcher fan’s dream come true.

– All the contents from the standard edition of the game
– A giant, 33x24x26 cm (10”), 100% hand painted, Polystone figure of Geralt of Rivia battling a Griffin
– An exquisite, collector-grade Witcher medallion
– A one-of-a-kind SteelBook™ box
– A two-hundred-page artbook, containing breathtaking art from the game
– Huge outer and inner Collector’s Boxes you can store your Witcher merchandise in!