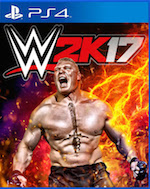 My childhood memories of the WWF are of the greats of the sport (I use that term loosely), like Jake The Snake, Ultimate Warrior, The Bushwackers and Hulk Hogan.

Now as a mid-30s gamer, I gotta say, sitting down to play a wrestling game felt a bit weird. Turns out it’s packed with oiled up gaming goodness. It may not be for everyone, but 2K certainly know how to give Pro Wrestling followers what they want in a WWE video game. 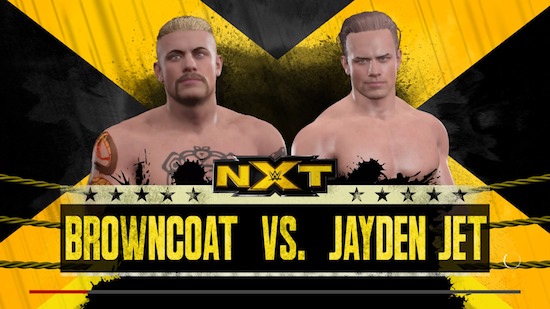 The first thing that surprised me about WWE 2K17 was the amount of content on offer. It would be easy to be dismissive, as the game is all about amazing athletes pretend-duking-it-out in a ring. But at the games core is the drive to have gamers fully immersed in all things WWE; the in ring battles, the out of ring antics and theatrical planning the WWE is famous for. Modes span the classics – 1vs1 choose your favourite wrestlers and go toe-to-toe, to being in a Tag Team, Royal Rumble, Triple Threat and more. The ‘My Career’ mode is about creating a fresh faced Pro-wrestler wannabe and building him up through a blank slate story. The custom character creation in this mode is literally amazing. Few games in any genre have such an extensive suite of variables to allow gamers to create an in game avatar, let alone set the level of body oil application!? That said, it’s not particularly intuitive to use, so some time has to be invested to get the most out of it. 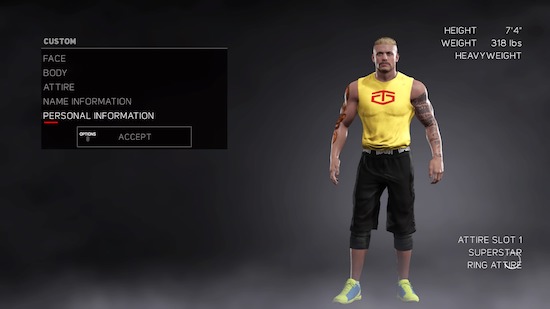 Building up a wrestler and working their way through the NXT (Rookie League WWE), to the big stages of WWE and Wrestlemania, sounded like a fun prospect. And for me, not really knowing much about the current crop of WWE all-stars, seemed like the logical place to start. So here was me, a fresh faced 7ft 2”, 318 pound monster- starting in some training fights at the NXT gym. Boy did I struggle! The tutorial is almost non-existent and trying to find a list of controls or move-sets was hopeless. Even 30mins in, I was struggling to take control of a match and the timing around the almighty “Counter” (Right trigger) quick-time-event eluded me. 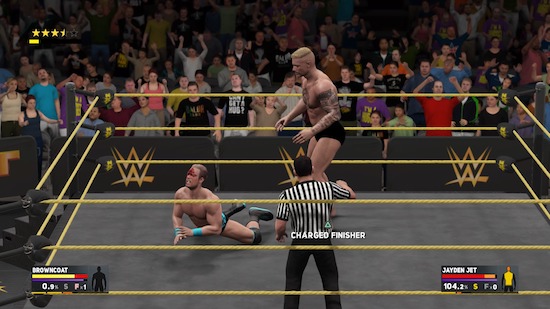 I got better with time and started to pull off some pretty mean moves, like dropping a brutal pile driver, then quickly going into a pinfall or submission. Even though I got a handle on the gameplay, at times the wrestler control felt imprecise or clunky and some graphical features looked a bit last gen. I did like that many of the wrestlers, especially the stars, had their own move sets and animations. I’m sure to a follower of the WWE TV event would consider it visual gold. 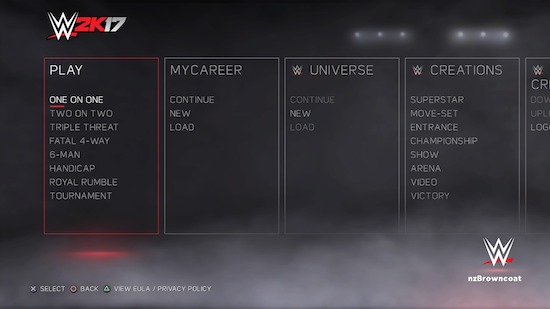 With all the game modes, VC (in-game currency) is earnt by playing. It can be spent levelling up your ‘My Career’ wrestlers stats and moves, unlocking other playable characters, different title belts and more venues. The more entertaining the match is, with more variation and bigger moves, the higher the Star Rating and the more VC earnt. All I wanted to do was to smack-down Big Boss Man with The Ultimate Warrior, but I made the decision early on that 50,000+ VC points was too rich for my blood…or skill level. The other major mode is ‘WW Universe’ where you manage a string of WWE events, choosing who is fighting who, what belts are on offer, who is enemies with who and what back stage antics will occur. Each match can be played, or can be simulated by AI to give a result on who would have won. This generates WWE news articles and new champions as the season progresses. It’s essentially a WWE manager game and gives gamers more of a macro influence on the WWE universe. 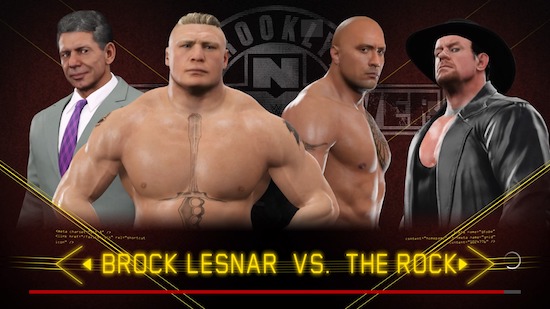 WWE 2K17 was actually bit of a surprise. I expected an arcadie button-masher fighter, with loose ties to its source material. But the gameplay mechanics are actually pretty technical, almost sim like. The lack of a proper tutorial for newcomers is a huge misstep, as is the silly on-the-mic crowd promo sections. Overall though, true fans of the previous games and the TV show, will love WWE 2K17. The developer knows who their target audience is and have given WWE devotees the ability to bash, bludgeon and brutalise to their hearts content…….because it’s all pretend don’t cha know.